Don’t let the man bring you down 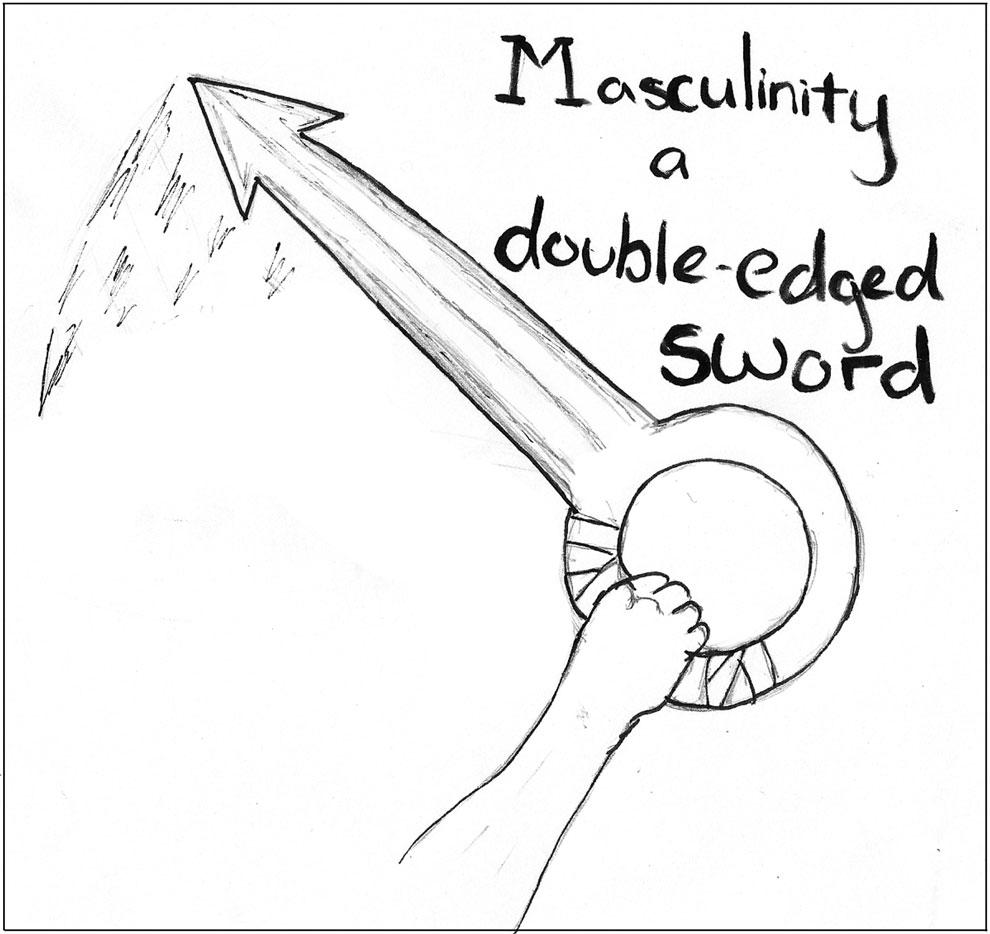 Some argue that this difference is due to the sex hormone, testosterone, which makes younger men prone to make rash decisions. While higher testosterone levels slowly harden men’s arteries, the impact of natural and biologically oriented masculinity on society is very slight. Past the age of 35, testosterone slowly declines—fortunate because if not, men would die far earlier than they do already.

The main problem lies more with our societal gender roles and the way masculinity is enforced, exaggerated and reciprocated in our society.

This begs the question, “is masculinity good or bad?” In large doses, masculinity is bad for you and if you overdose, it can kill.

One reason it can be problematic is the basic structure of identity formation within our patriarchal culture. Much psychological research has suggested that the male model of development throughout psychological history has put male behavior as the norm, and female behavior as a deviation from that norm. In patriarchal societies, male identity is formed only through individuation and separation from others, while female development is said to be based on relationships with others. The male model might pose a problem for females; often, if they don’t conform, they are seen as a man and any femininity they have is invalidated. If women do conform, they are seen as dependent and “weak.”

However, masculinity also hurts men in relationships. Having problems with intimacy and relationships has led to an epidemic of violence against women and domestic abuse because of men’s need to constantly prove their toughness and push any real emotions, other than anger, into the background.

Contrary to popular ideas about the differences between the sexes, this need is not necessarily inherent or biologically directed, but has mainly been a product of our patriarchal society and structures which value strength and aggression over communication and harmony.

The hyper-masculine norm also enforces aggressive behavior so that violence is seen as acceptable and, even worse, expected of men. According to domesticviolencestatistics.org, it is estimated that 20 to 25 percent of American families have experienced violence, including child abuse, domestic abuse and murder. Among the factors cited besides poverty, stress and history of family violence is a patriarchal history of male dominance.

Domesticviolencestatistics.org also estimates that of the 15.4 million female victims of domestic violence, about half will be murdered by their husbands or boyfriends. This is not simply a matter of bad behavior. Indeed, no “abusive personality” has ever been found in male abusers according to numerous studies. A 1993 study by psychologists Goldman, Koss Fitzgerald, Russo and Keita says “(t)he problem of violence against women cannot be fully understood, let alone solved, by focusing exclusively on individual psychology. Only by changing the social and cultural institutions that have given rise to the problem can a lasting solution be achieved.” This shows that a male-dominated system that encourages violence against others in the pursuit of proof of a masculine identity is harmful in the long-run.

About 80 percent of all DUI arrests are male according to recent research on addiction by a Washington State University professor. This can be attributable because when men ask for help and say they can’t do something, they are considered “weak” by our society. While testosterone promotes more risky behavior, the root of the problem is that men are often reinforced by other men to drink and drive rather than ask for a ride home. I think the consensus of our society is that we would rather have been killing people needlessly (albeit not necessarily intentional in this instance) than them to be considered “weak.”

According to the American Journal of Psychiatry, even though females are twice as likely to suffer from depression as males, four times as many males as females will commit suicide. One reason is males are more likely to use more fatal means including guns and hanging. One could say that men are simply better at suicide than women, but it is more likely that these depressed men just don’t want or know how to get help.

Although testosterone is a factor in aggression in younger men, the problem is not the biology of men. The main problem quite simply is that our societal gender norms are screwed-up beyond all reason.

These arbitrary, hyper-masculine standards for what means to be a man cause suffering for all people in our society, even men. When men disregard all other aspects of their personality in order to conform to rigid gender norms set by our society, they fail as men, as human beings and our society as a whole fails.

Our society needs a radical change in its gender norms if we really want everyone’s lives to change for the better. So long as we participate in a society that continuously shames women and more feminine men for their own femininity, very little in our society will improve.