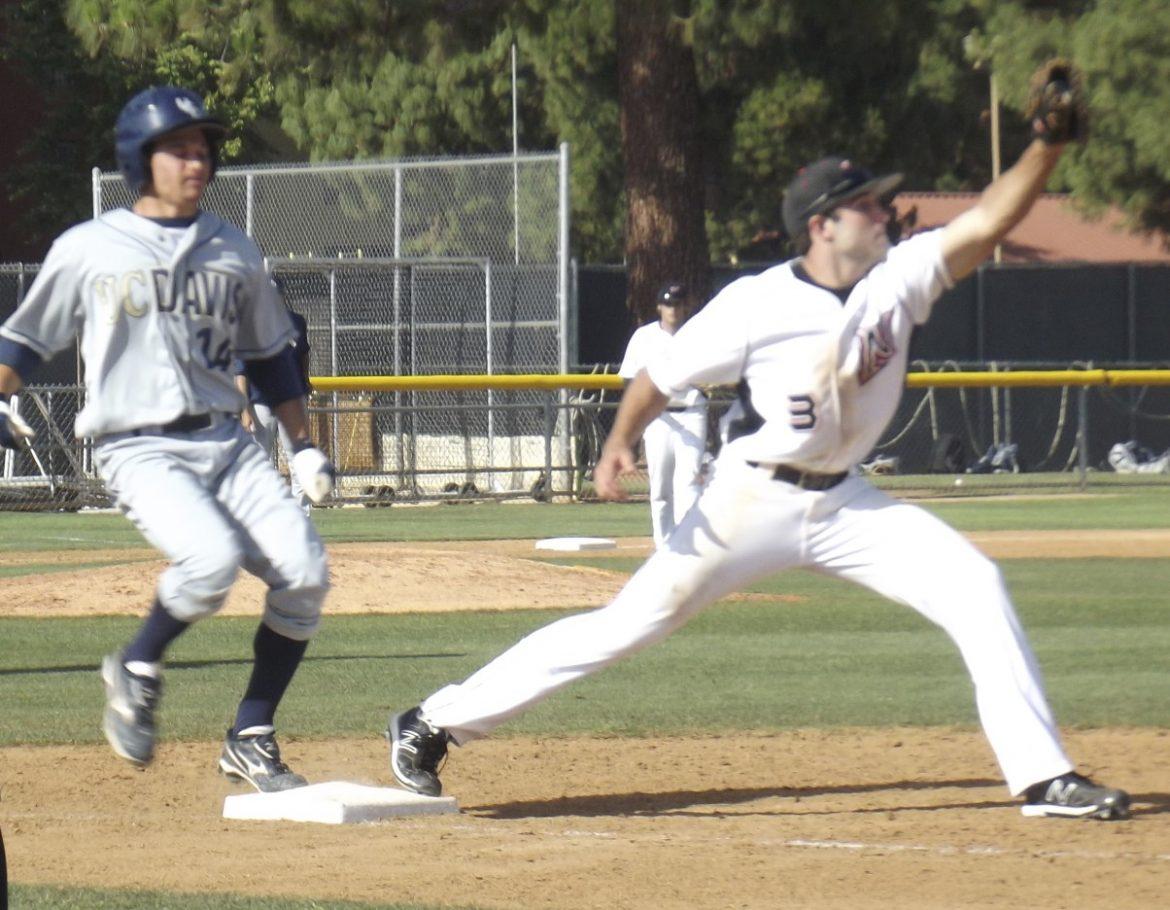 Northridge has had a knack of getting on the scoreboard early at Matador Field but Friday was an exception.

CSUN waited until it was plenty behind to even tally its first hit of the day in the bottom half of the fourth inning.

Starting pitcher Alex Muren gave up nine runs in five innings while scattering 11 hits in 94 pitches thrown. A pair of errors by the Matadors in the five-run third and fourth innings gave the Aggies enough cushion to pull off the win and put CSUN back under .500 in conference play.

Senior Steven Keller put the Matadors on the board with a two-run shot over the left-center field fence scoring junior Nate Ring in the fourth.

“We were down by a lot of runs and I just wanted to get my pitch,” Keller said. “A 2-0 fast ball was my pitch and I caught the ball a little out in front so that worked out perfectly.”

Northridge tacked on two more runs in the fifth and another in the eighth but the Matador offense was unable to complete any comebacks.

CSUN’s offense still managed to put seven hits and five runs on the board in the losing effort despite the slow start.

“We have to come back,” Keller said. “We got a little momentum in those late runs there but it’s going to be a dog fight these last two games.”