POLITICS PRO/CON: Is the GOP a women’s party?

“If it’s a legitimate rape, the female body has ways to try to shut that whole thing down. But let’s assume that maybe that didn’t work or something. I think there should be some punishment, but the punishment ought to be on the rapist and not attacking the child.”

YES: The GOP is a pro-women party 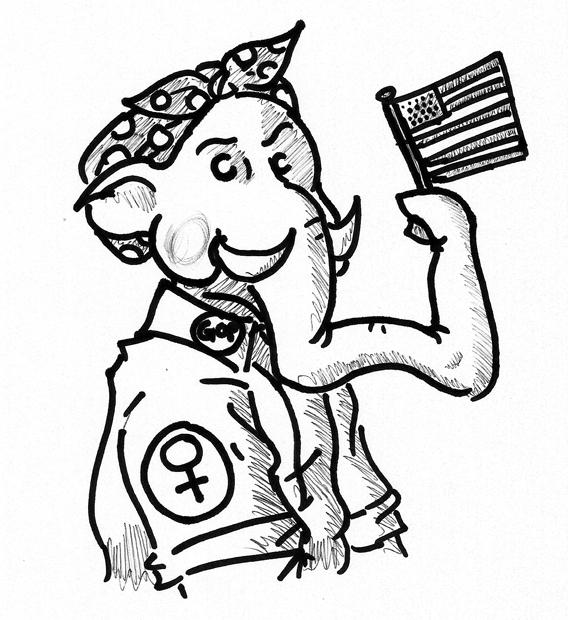 Senate candidate Congressman Todd Akin (R-MO) made some ill-advised comments earlier this month that have single-handedly altered the course of his election.

If a mystical “way” to prevent rape exists, I’m sure women would like to know that they have internal rape prevention. That would make headline news.

Akin later apologized, saying he misspoke and that he has compassion for those who have suffered rape. But to quote Blue Collar Comedy Tour comedian Ron White, “you can’t fix stupid.”

Congressman Akin should not have made those idiotic comments and should drop out of his senate race, but that does not mean Republicans have a so-called “war on women.”

By saying the GOP has a war on women, Democrats are making generalizations that paint a group with a broad brush – something they accuse Republicans of doing to groups that tend to align with the Dems.

The Democrats make it seem like  women only care about abortion rights.  But what about overall economic concerns, pay equality, educational choices for their children, health care reform that impacts the elderly, and worries over the size of government.  Essentially, the Democrats are asking women to avoid multiple big-picture issues and focus on one subset of one issue in order to remain in office.

Currently, there are five female senators and 24 congresswomen that are Republican. They often find common ground with their Democratic counterparts on women’s rights issues.

“During this year’s debate on reauthorization of the Violence Against Women Act, I offered an amendment to enact harsher penalties for violent sexual offenses and to address the backlog of some 400,000 untested sexual-assault kits,” wrote Senator Kay Bailey Hutchinson (R-TX) in a CNN editorial last week. “Although the amendment was not approved, the final reauthorization – again, supported unanimously by the female senators – included new anti-cyber-stalking legislation that I worked on with Sen. Amy Klobuchar, D-Minnesota. The debate over the Violence Against Women Act was a reminder that, though we may disagree on policy particulars, the female senators find ways to solve problems when it matters most.”

Democrats argue that Republicans are against women because they are against abortion, often even in cases of rape and incest. They are correct in that Republicans generally do oppose almost every instance of abortion, but the two sides view abortion from fundamentally different views.  Conservatives view abortion from the perspective that abortion ends the life of an innocent unborn. Liberals perceive abortion from the concept that what is inside a woman’s body is hers to control.

Ironically, Republican presidential candidate Mitt Romney has had wavering views on abortion that tend to be more centrist than the usual GOP view.  He said in a recent interview that he backs abortions in the case of rape, incest, and when the health of the mother is threatened.  In his nomination speech, he mentioned the many women he supported and worked with in his life.

“As Governor of Massachusetts, I chose a woman Lt. Governor, a woman chief of staff, half of my cabinet and senior officials were women, and in business, I mentored and supported great women leaders who went on to run great companies,” Romney said.

He later added that “women are more likely than men to start a business” today. In light of his stance and his record of promoting women to high roles, the attacks against him especially ring hollow.

When I hear these bits of the so-called “war on women,” I think of all the women that said no to abortion and kept their baby. What about them?  Is the GOP at war with them too?

What Akin said was nothing short of moronic, but to jump to an extreme and claim the GOP is against women does the country a disservice. The electorate is so varied in terms of race, religion and gender, and has varying stances on a whole range of issues. Neither political party can legitimately claim the other has a “war on” any group.

–Andrew Clark is a senior majoring in journalism and an avid sports fan who is eagerly awaiting the start of the NFL season.

NO: The GOP indeed has a war on women 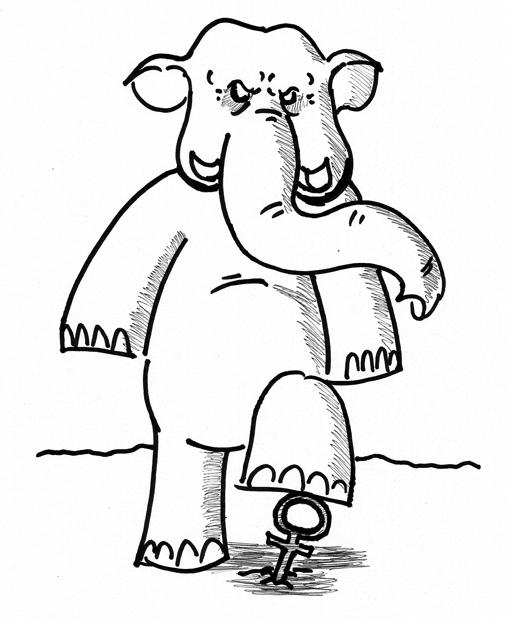 Let that marinate for a minute–though I think you’ll only really need a fraction of a second. The kind of rape where women apparently have a special sperm-killing ingredient in their vaginas that helps them avoid making a baby. Maybe I missed something in my biology class here at CSUN.

The GOP wants to vigorously insert their agenda into our lives and it is in no way in favor of women.

Of course Missouri Congressman Todd Akin’s statements caused all sorts of justifiable outrage. Akin backtracked on the statements as per the course for these kinds of dopes, but calls for him to withdraw from the race by his own party have gone unheeded.

However, those calls were made not because they disagree with his stance on abortion and rape, but so that the Republican party would not lose the senate seat up for grabs. Akin had been leading in the polls against the incumbent, Democratic Sen. Claire McCaskill.

No, the GOP instead announced their intention to shove that abortion plank forcibly, right into their ship’s gaping deck of an agenda. Only two days later, Republicans in Tampa for the Republican National Convention were discussing their plan to outlaw abortion under any circumstances – which was later ratified as their official stance at the RNC. Were you raped? Screw you. Are you a victim of incest? Screw you.

In the wake of all this, a smattering of other Republicans decided to insert the proverbial coat-hanger into their mouths and pull out some real gems.

Former Republican Gov. Mike Huckabee of Arkansas attempted to defend Akin’s comments by alluding to the idea of “forcible rape” and the  positive offspring it can produce. Yet again, here is a man who defines rape as “forcible” in some circumstances, and implies that other rapes are received willingly.

Fair enough, governor – there is a legitimate and forcible argument to be made that children that are the result of rape can grow up to become important members of society. But just results in moving the goalposts out of the field of women’s issues; instead of looking at the trauma of a child born out of such a violent and disgusting act, it fails to provide for the woman who may not want to bear that child.

Continuing this stupid trend was Senate Candidate, Tom Smith (R-PA). His comments were only mildly offensive, but they speak volumes about the general ignorance of the current Republican Party when it comes to women. He basically alluded to his daughter’s out-of-wedlock baby as being similar to rape. Gee dad and grand-dad, thanks.

The ultimate level of foolishness exists in the form of Rep. Paul Ryan (R-Wisconsin), Mitt Romney’s current vice-presidential running mate. He was a co-sponsor of H.R. 5939, the bill where that wonderful “forcible rape” language came from. He has also expressed a genuine disregard for abortion in the case where the mother’s health is at risk. That is extreme and blatantly anti-women.

However, Ryan has toned it down a notch to blend into Romney’s campaign – the presidential nominee’s stance is that abortion is acceptable in cases of rape, incest, and when the welfare of the mother is threatened. But it makes no difference, as the GOP officially adopted their complete anti-abortion stance at their convention last week.

If Republicans are pro-woman like they claim to be, then I shudder to think what their version of anti-woman entails.

I feel like my mind was legitimately raped these past few weeks. That’s the only way I can describe the utter insanity that the current Republican Party is displaying. Out of every corner these absurd and ignorant GOP’ers tumble and dive into the spotlight with their disturbing notions of rape and abortion.

This is with no doubt, a war on women.

–Nathan is a former Marine who likes to yell at Republicans to get off his lawn. He can often be found playing video games and man-childing his way through a Lego- build in his spare time, though his cats like to interfere with the latter whenever the opportunity arises.