Rizal atbp. is more than entertainment, its a lesson 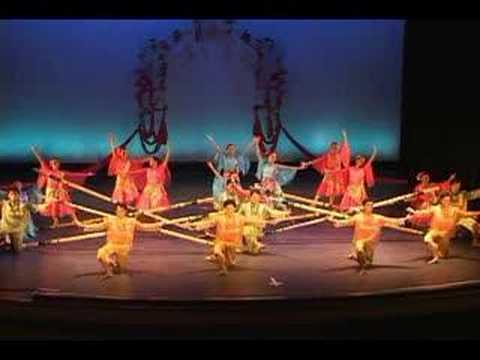 The AngLahi Challenge presented Rizal, atbp, an emotional spirited learning experience about the past and present pride of the filipino culture at the VPAC saturday, Sept. 8.

The story, characters and music all presented a deeper meaning to the audience. Teaching us we should be proud of our roots but more specifically for Filipino Americans to acknowledge their heritage.

Not only did it focus on the Philippine’s national hero Jose Rizal; but  the play interjected a separate story of the fallout pride for this generation’s Filipinos. Two stories were told, one being the life of Jose Rizal and the other the discussion between students learning about Rizal’s life in a Filipino history class.

Joey, a Filipino American, is completely unfamiliar with his country’s culture. The character made it clear he does not take pride in his Filipino roots or why Rizal sacrificed his life for the Philippines. Joey struggled throughout the story because of his peers pressuring him not to learn about himself. The character’s struggle brought forth the notion of what this generation’s Filipinos are facing within themselves.

The play deluded the message of not caring where you came from. It was refreshing to see the play switch from the students learning about Jose Rizal to Rizal’s story. Also, having traditional folk dancing presented in between the two stories was an interesting say to see this culture’s colors.

The Tinikling dance brought the movement of the tikling bird. Bamboo poles were used to make beats while the dancer hopped in and out of the clapping bamboo. The movements were effortless and the clothing stayed memorizing. The dancer wore a gold dress with a tall crown which both shined bright while she moved to the beat.

Showing the traditional dance out of the story’s context brought forth the general message of the play, to celebrate the traditions in the Filipino culture. All of the songs were sung in tagalog with a helpful english translation on the screens provided on both ends of the stage. Not leaving anyone in the audience out of the experience.

Rizal, atbp. is filled with the message of taking pride in your culture and understanding what Rizal has done for his people in the Philippines. Most of all it is a learning experience you will never forget.