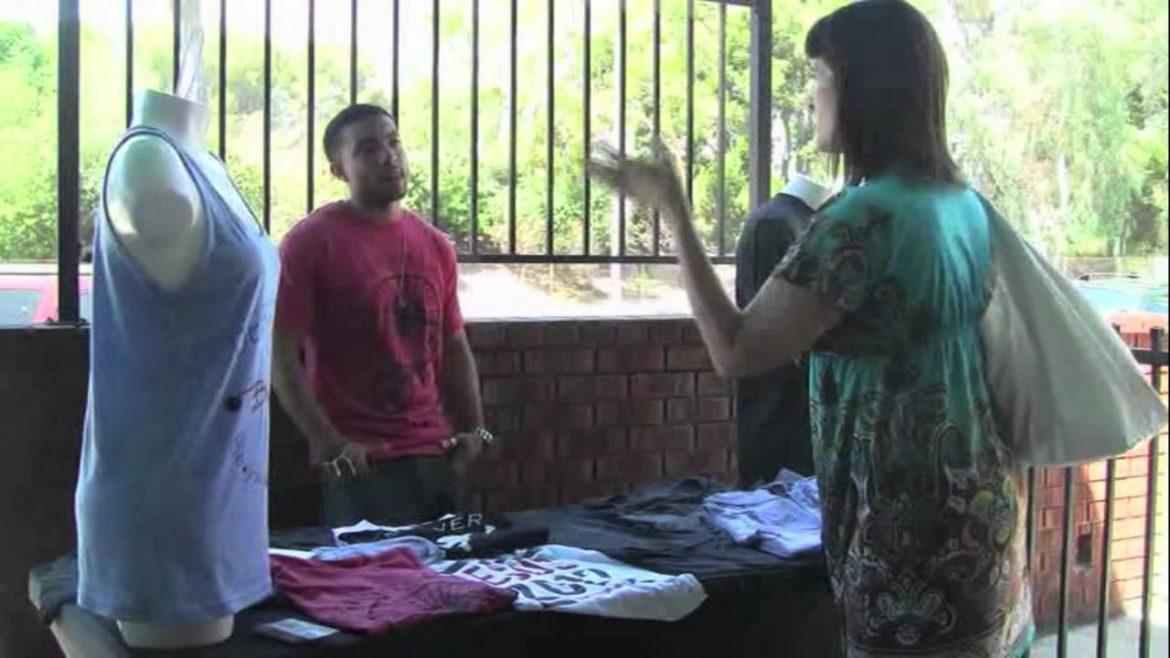 Christina Bennett
Garrett Underwood, 24, a recent CSUN graduate in kinesiology, has made it his goal to send out positive messages through the apparel he designs for his company Malachi Clothing.Underwood remembers how he came up on his inspiration like it was yesterday.
A man approached him outside the supermarket and asked him to buy drugs. Underwood, confused, asked the man why he’d assumed that he would sell drugs. “It’s what you are wearing; you look like you would sell drugs,” the man replied.

Underwood had a realization. The message he sent with his choice of apparel could be just as powerful as his choice of words. This was one of many moments that spurred the development of his company, an endeavor that started in 2006 while he was attending CSUN.

Malachi Clothing donates 20 percent of the proceeds from sales to benefit a homeless outreach group at his local church, One Church International, which provides meals, clothing and care packages for homeless on skid row.

For every purchase made, a care package containing essential hygienic items, including a tube of toothpaste, a toothbrush, soap and deodorant, is assembled and sent to a homeless person. A week later, the purchaser will also receive a bracelet in the mail with the name of the person their package went to.

Although this is a relatively new project, Underwood, a devout Christian, is excited about the potential the program has for reaching out to those in need.

“As a servant for God, I feel like it’s my responsibility to try to uplift these people and let them know God is still with them,” Underwood says.

His faith has guided him to where he is now, and he describes himself as determined to fulfill his purpose as God’s servant.

At a younger age, Garrett did not have as transparent a direction in his life. When he attended Birmingham High School, Underwood enjoyed popularity and frequently attended parties. At the time, his goal in life was to play NBA basketball.

He realized later that his reasons for wanting that career were self-motivated, and he says that pursuing a purely self-driven path would have been a life wasted.

Underwood admits it’s a challenge to promote spirituality to a generation that may have lost faith.

“It’s definitely very hard to get [youth’s] attention, because they’re so caught up in other stuff like Facebook and Twitter,” Underwood says. “For the people who grew up in the church, they hear it [the Christian message] all the time … and they might not want to hear it, so I have to go about it in a different way that’s not so in-their-face.”

Still, he keeps the faith.

“I definitely want to inspire. Inspire others to do something bigger than them; be driven to help others,” he says, “That’s the main reason I started my company because I wanted people to be inspired by someone who wears something that is so bold and powerful.”

The principle of working hard to finish something is familiar to Underwood, who runs much of Malachi Clothing by himself. He used to make the shirts out of his garage, but currently owns a shop in downtown Los Angeles, where the shirts are produced.

Inspiration for the design of his clothing comes from different sources, including poetry and the Bible. Sometimes, he gets ideas from other shirts. If he sees a shirt with a negative message, he counters it by putting a positive spin on the message.

“You can be a rebel with a cause,” Underwood says.

Ten years from now, Underwood hopes to have three stores: one in Los Angeles, one in New York and one in Kentucky, his dad’s home state. Getting there will take some work, but he feels confident in where he is going.

“I definitely think I’m in a place where God wants me to be in my life,” he says, “Can I be better? Yes. When you pursue something that He wants you to do, everything just lines up where it’s supposed to be.”