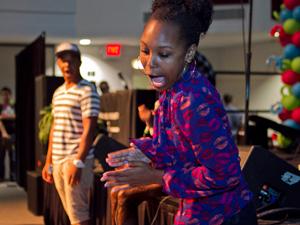 >>UPDATE: The winner of the Big Show battle was announced Friday at the A.S meeting; the winner is the band ‘Bad Suns.’

With weeks until the CSUN’s ‘Big Show,’ that will take place Oct. 20, the Associated Students hosted  the Big Show Battle. The Big Show Battle took place Wednesday  to determine which musical act would open for Big Show’s headliners Big Sean and Diplo. The show was greeted by sponsors from Rockstar, Pizza Rev, and of course A.S.

With a can of rockstar in one hand, about 70 to 90 students and supporters of the performers showed up to the event . The acts were introduced, and during times of preparation A.S. representatives had special contests like, a best dancer contest, which two students were called to the front in order to determine who was the “better dancer.”

The show consisted of rock, rap, and of course electronic/ mash-ups. Bad Suns, the only rock band that competed, were welcomed by the crowd hesitantly. The DJ hosting the event even made a small reference to “rock music” by playing Nirvana right after their performance.

Rapper Lil’ G rapped two of his own songs and got the crowd hyped by dancing, rapping, and showcasing his lyrics. Although the crowd was eager to see the acts, it was DJ Schmitty that pumped up the crowd and got everyone to run around flailing their arms.

His music which is the most current, mashed up music from Kanye’s “Mercy” and even synced beats with slower R&B songs like “I’m coming home” by Diddy’s group, Dirty Money. Schmitty definitely seemed to get the crowd going while he participated in hyping the crowd with his dance moves.

Voting is available now and ends tonight at 9 PM, you can either vote by texting “battle#”, where # is the number of the band you are voting for to (747) 224-7050 or online at: http://www.csunas.org/bigshow/big-show-battle/

The winner will be announced Friday the 14th, at an undisclosed time.

May the best win! 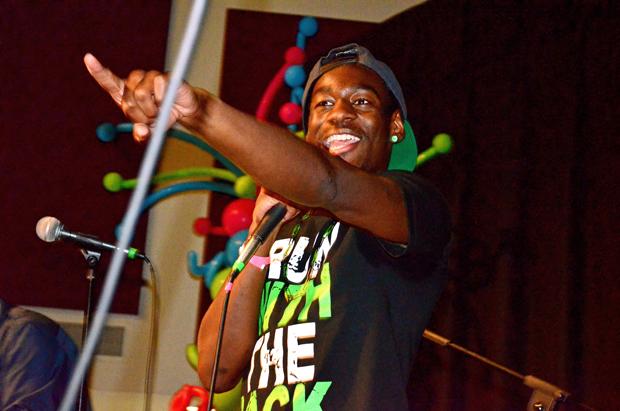 Demetrius Scott, AKA Clips, 21, a psychology major was the first to perform at the Big Show battle of the bands event on Sept. 12 at the Plaza del Sol. Photo credit: Virginia Ibarra / Contributor 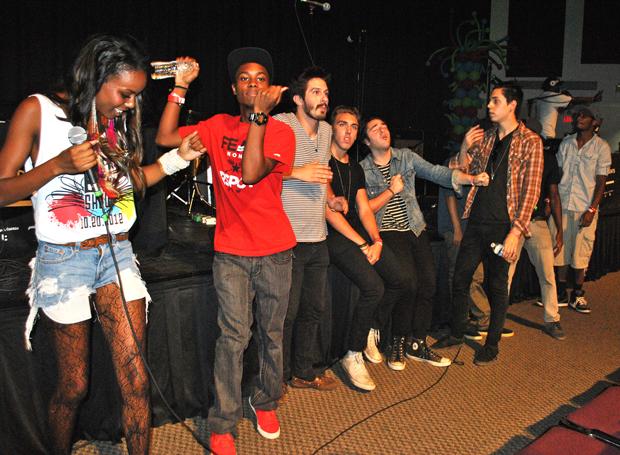 From left, Big Show Host Kiera McKibbens, Lil G, and the Bad Suns dancing one last time for the audience. Lil G and the Bad Suns were two of the five contestants that performed for the Big Show Battle on September 12. They were competing to be the openIng preformers for the BIg Show takIng place on Sept. 20. Photo credit: Esmeralda Davalos / Contributor