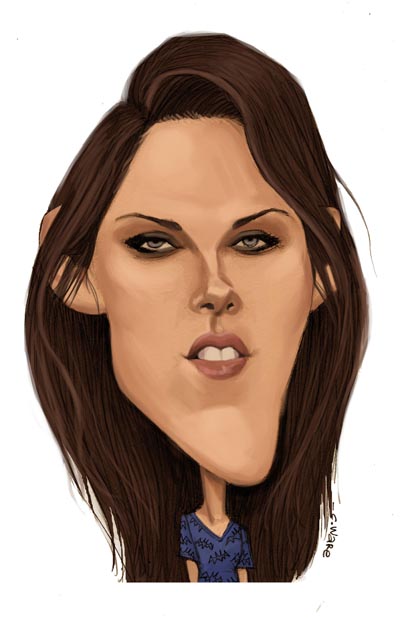 Another Hollywood cheating massacre occurred over this summer, leaving two couples with broken hearts and a million Twilight fans crying their wet n’ wild eyeliner out.

On July 24, the dreary news arrived of Kristen Stewart, 22, who played the second Snow White this year (the first being Lily Collins) cheating on heartthrob Robert Patterson, 26, with Rupert Sanders, the director of “Snow White and the Huntsmen.”

The way the media reported this cheating scandal was unfair and sexist on her end. They focused more on what she did instead of what they did together. The angle that entertainment news articles took cornered Stewart’s womanhood and left Sander’s manhood untouched.

To be fair, the media was probably more focused on Stewart because she is K-Stew whereas Rupert Sanders is relatively no one. But that still does not excuse the sexist way the media angled their stories.

Before Will Ferrell nicknamed her a “trampire” on Conan, Stewart was called a home wrecker by default and the second Angelina Jolie by entertainment news sources.

For example, Fox News wrote, “Now she may also take Jolie’s mantle as most famous home wrecker” and IBN Live asked, “Is Kristen Stewart the most hated woman in Hollywood now?”

As the entertainment articles piled on, it continued to be one-sided with the weak index finger pointing at Stewart. Articles published by entertainment media such as OK Magazine, Rumorfix and Radaronline all used phrases such as “Her cheating,” “Kristen Stewart did it” and my personal favorite, “Kristen kissed him.” As if kissing was a one person act.

Whatever ever happened to the word ‘they” in Hollywood? Why not they cheated or they did it or they kissed?

According to Professor Ronda Picarelli, who teaches in the department of Communication Studies at CSUN, the media does vilify women in sex-scandals more so than they do men.

“I think the media tend to vilify women who are adulterers rather than men who are adulterers because… culturally and socially, we expect that behavior,” said Picarelli. “I think we often write it off in men. Like it’s a surprise, right? And I am not suggesting that it is good, but…we kind of condone male promiscuity or male infidelity by suggesting that’s just what men do.”

This is most likely due to the dominant male presence in entertainment reporting. According to a recent census done by the American Society of News Editors (ASNE) “women working full-time in daily newspapers total about 15,400 or 36.92 percent.”

The majority of the articles barely acknowledged Sanders, the man who made the sex possible. Sanders is (soon-to-be was) married to Liberty Ross, who played Queen Eleanor–Snow White’s mother in the film. One would think that their side of the story has more to work with, but instead the media focused on Stewart ruining her relationship with her ‘does not own a brush’ boyfriend Robert Patterson.

Not only is Sanders 19 years her senior, he is married with a wife and two kids. Anyone should have the decency to think twice before sleeping with someone who is in a relationship, especially if the person in question is already married. Sanders should equally get the blame with Stewart as both being cheaters. However, the media made it seem like Stewart seduced an innocent man.

Hollywood is stuck in the past. The reporters still think women should be whipped for cheating, while men should just be slapped on their wrist. This can only change if more women contribute as reporters. By having more women involved in the media, the reporting for entertainment news stories will be more fair towards both sexes.