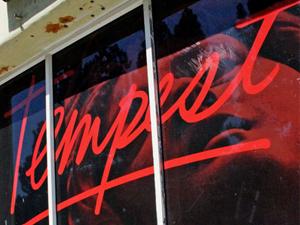 Businesses have made many extreme attempts to capture a customer’s attention. From live mannequins to eating sushi off of people’s bodies,marketing trends are always popping up….sometimes literally.Ok, so pop up stores don’t actually pop out of the ground but the concept is sort of there.
So what is a pop up store and exactly what is it that makes them, well, pop?
A pop up store or pop up shop is a store that appears in a location for a set amount of time in order to promote or sell something specifically. And by something we mean anything. From music, clothing and even coffee , pop up stores are there to bring attention to a business or event.
Pop up stores have actually been around for years, Halloween stores are often considered a pop up store because it exists for only the weeks before Halloween. The trend is followed by both new and old businesses, Starbucks just recently opened their first pop up store in Tokyo and Urban Outfitters had pop up hair salons in their Santa Monica location, so pop up stores virtually can exist anywhere in the world if the company chooses to.
Businesses can go to pop up retailing companies such as Vacant. Vacant is a pop up retailer that specializes in thinking outside of the box; lets just say they take pop up stores to a whole different level. Their most recent expansions; hotelshop and planeshop,which brings temporary retail to permanent locations such as hotels and airports, lifting up the mood of having to wait at an airport or checking into a hotel.
Vacant provides custom interior decorations and construction, staffing and logistics. Not only do they make a shop physically exist but they also give the store life in the social media world. They work with Facebook, iOS and Android, to name a few.
So now that you know the basics as to how a pop up store comes to exist, the Daily Sundial decided to give you some basics as to how you should shop at one.
Unlike a regular store pop up stores are more first come first serve because the store of course isn’t going to be there forever, that is the beauty and point of the shop.
Daily Sundial visited one of the latest pop up stores,a Bob Dylan pop up store that was there to promote Dylan’s 35th album “Tempest.” The store provided 15 copies of the album that were actually signed by Dylan himself and basics like t-shirts, posters and other unsigned copies of the album. The signed albums were what reeled in the customers and what disappointed some customers also.
The Dylan pop up store was a week event, by the end of the first day the signed albums were no longer available. Customers ate those signed cds up so there wasn’t much selection left for the rest of the week.
One of the customers that came to buy merchandise at the store was Andrew Roberts, 28. Roberts has been a fan of Dylan for 12 years and explained that this was the first pop-up store that he has gone to.
“We were hoping to get the signed stuff,” said Roberts.
So first come first serve is very important to keep in mind; planning beforehand is crucial. When shopping at pop up stores you need to be informed before; you do not want to be the person that shows up later into the week and gets all of the leftovers.
Get informed if you want to venture into these store, do this by liking pop up retailers like Vacant on Facebook and by visiting the shopping website la.racked.com They will advertise where and when the pop up store will appear and what goodies they’ll sell. Upcoming pop up stores include a pop up shop at LA’s Space 15 Twenty store on Friday, September 21st at 7 pm at 1520 N. Cahuenga Blvd.
Los Angeles 90028 and environmental website SHFT will be having a fall pop up shop on October 21st through Thursday, October 27th,  at 161 South La Brea, Los Angeles. So why not pop in?