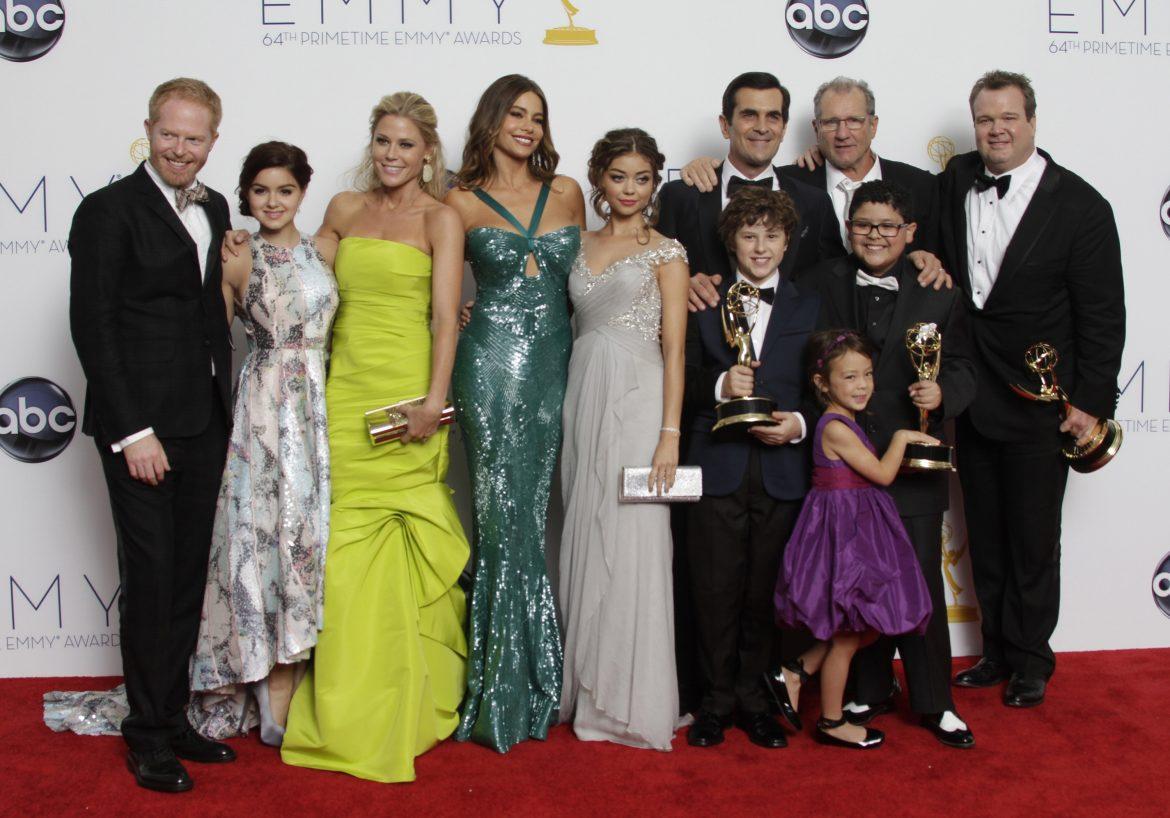 The 64th Primetime Emmy awards hosted by Jimmy Kimmel was a blur overall, but with the help of a few TV favorites the show ended up having at least something funny to remember this year.

The big winner of the night belonged to the new series “Homeland”. They took home outstanding drama series along with lead actress, Claire Danes and actor, Damian Lewis in a drama series. The show’s win stopped “Mad Men’s” four year streak of winning outstanding drama since the series began, leaving them with zero Emmy wins.

The moments that brought something to talk (or tweet) about were short, simple and sweet snippets hidden between the show.

While Mindy Kaling and Melissa McCarthy were presenting the nominees for Best Outstanding Actor in a Comedy Series, McCarthy had a little more to say. When Louie C.K. is addressed as a nominee for “Louie” Melissa McCarthy states, “There’s something about that sweet baby ginger skin.” The ginger skin comment opened up a whole new portal to describe the winner, in this category, Louie C.K.

Seth McFarlane proved it was worth watching the Emmy’s live when he realized too late he needed a mic to present the nominees for Outstanding Host for a Reality or Reality-Competition Program. McFarlane quickly realizes this and moves to the nearest mic, and in Stewie’s voice McFarlane jokes, “This is what happens when you don’t come to rehearsal.” Thankfully, he knows how to laugh at himself without leaving that moment awkwardly dry.

Aziz Ansari adopts a british accent while presenting Outstanding Variety, Music, or Comedy Special with Jane Levy. It would seem out of place but his reasonings have a point. According to Kimmel’s opening dialogue 1 out 5 British actors in Hollywood are British. Having Ansari’s poke fun at all the British actors in the room gave a timely joke and a ‘finally this was mentioned’ attached to it. “Presenting here at the Emmy’s is brilliant, bloody brilliant, fish and chips, cheers,” Ansari adds at the end of his speech. When questioned by Levy saying how she thought he was from North Carolina Ansari replies, “yeah, but people take you more seriously when you’re British.” I definitely did take you more serious for that brief moment.

It should come as no surprise “The Daily Show with Jon Stewart” won its tenth year in a row for Outstanding Writing for a Variety Series. But the surprise came from the tackle he received, as his the show was crowned again, from fellow nominees Jimmy Fallon and Stephen Colbert changed things up. Stewart struggled to escape from the two, leaving him to crawl and climb out of the camera mans cord. As he finally makes his way onto the stage breathless he states, “free sandwich after ten,” and then adds towards the end aliens will find a box of these awards and, “they will now, just how predictable these (bleeping) awards are.” It was fun to watch Stewart add something to his win with a fight from his fellow nominees.

Just like last year for outstanding lead actress in a comedy series Amy Poehler wins this category without even snagging an emmy. As Julie Louis-Dreyfus is announced the winner for HBO’s “Veep” she gets up to give Poehler a hug and walks onto stage to begin her speech with, “I would like to thank NBC, Parks and Rec., my beautiful boys Archie and Abel…” The camera cuts to Poehler, at the right moment, making it clear this speech belongs to her. Poehler gets up and hustles at a fast pace as she struggles in a Stella McCartney dress to switch back the speeches. This little scripted sponity by Poehler again, had perfect timing and the right amount of humor. Which is what an award should have throughout, but instead this was it. Making this moment the most memorable.

In all, the Emmys pulled away from a complete snore fest or switch of a channel because of these fellow TV favorites spreading their laughter whenever they can, thankfully.