Burn after watching: Violent responses to the ‘Innocence of Muslims’ film hurts democracy in the Middle East 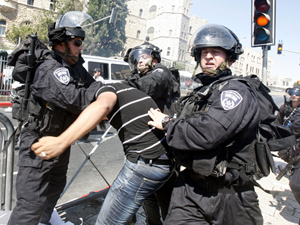 At least 26 dead, dozens wounded, including an American ambassador in Libya.

The pre-planned attacks on the American embassy in Libya on Sept. 11 showed the world yet again what happens with a mob mentality funneled through religion. The subsequent outrage over an ill-timed amateur video shows the Muslim world still has a long way to go towards self-regulation.

Violence has erupted in Egypt, Libya, Pakistan, Afghanistan, Sri Lanka and even Australia.  Meanwhile, at a recent panel at a university in Kentucky, a lawyer from Azerbaijan, a predominantly Muslim country, asked, “Why do people treat people (who burn the Quran) with such tolerance.”

That isn’t to say all Muslims are extremists. Some Libyans valiantly tried to rescue Ambassador Stevens before he succumbed to his injuries.  But the current culture allows for the militarization of the populace in ways Western culture doesn’t permit.

On the political front, the Obama Administration bungled the handling of the incident from the word go.  Five days after the incident, Ambassador to the U.N. Susan Rice went on CBS’ “Face the Nation” and called the attacks spontaneous, odd given the obvious timing of the anniversary of the 9/11 attacks.  Four days after her comments, President Obama used the now-famous video as the reason for the attack.  The next day, the incident was labeled a “terrorist attack” by the White House.

Even more damaging for the White House are reports that the State Department knew of an imminent attack on American missions, but no extra security was implemented.

The video in question is nothing short of horrendous in its production, terrible in its message and made for the purpose of insulting.  It shows Muhammad in compromising acts – a blasphemy in Islam.  The maker of the film, a Coptic Christian named Nakoula Basseley Nakoula, has been previously convicted of fraud and drug possession.

But the fact that this video could stir people into a frenzy and cause such destruction is a blow for the Arab world as much as it is for America.  To the outside world, the violence perpetrated by radicalized Muslims makes them look like the village mob in “Beauty and the Beast”, looking to destroy a country they know nothing about.  The people in the Middle East that destroyed embassies thought they were defending their faith from the beastly freedoms of speech Americans enjoy, but really just trampled any hope for real democracy that the Arab Spring began.

The mix of religion and offensive gestures is nothing new. Modern mainstream Christians in the West endure representations of Jesus Christ in unflattering art, the most infamous being the “Piss Christ” photograph by artist Andres Serrano. The photograph shows a crucifix in the artist’s urine.  When the photo was released, there was plenty of controversy, but no burned buildings or acts of mayhem like in Benghazi.

Conversely, when a Danish cartoonist drew a cartoon depicting the Prophet Muhammad with a bomb for a turban, 200 people died throughout the region and churches and embassies were burned.

In 2001, before the attacks on New York and Washington, the Taliban blew up Buddhist statues in the Bamiyan Valley despite international efforts to avoid the destruction.  An Egyptian religious leader told the BBC, “Throughout Islam’s history in Afghanistan the statues were preserved and no Muslim doctrine has suggested their destruction.”

As an evangelical Christian, I hear offensive language regarding God and Jesus everyday and hear fellow Christians get ridiculed, but it rolls off my back. Not because I agree with it, but because I realize that there are folks who have differing opinions than my own. I opt for grace in a world that is fast forgetting what that looks like.

There is simply no room for violent action like what occurred in Benghazi.  The Middle East needs to wake up and realize that we live in a global economy and an interconnected world.  Whether they like it or not, it takes many types of people to make the world go ‘round.

– Andrew Clark is an evangelical Christian who is often reminded that “what we do in life echoes in eternity.”