Fall TV Preview: what to watch and what to avoid 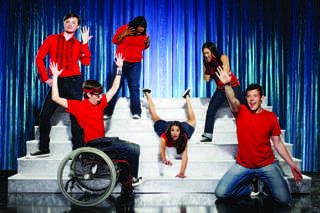 Andrew Clark
It’s that time of year again where your DVR goes on overdrive.

In the next few weeks, twenty new shows will debut on the broadcast networks.  ABC, CBS, NBC, Fox, and the CW are all trying to stem the decline in ratings across the big five channels and find the next big hit.

This year’s Emmys were not particularly kind to the networks.  While comedy flourished, led by ABC’s “Modern Family” with its third-straight best comedy Emmy, the nets have left a lot to be desired on the drama side.  Only one drama Emmy was awarded for a broadcast show, Martha Plimpton for a guest role on CBS’ “The Good Wife”.  Meanwhile, cable shows like Showtime’s “Homeland”, AMC’s “Mad Men”, and HBO’s “Boardwalk Empire” are dominating awards and the conversations at the water cooler.

Here are four new shows coming to the networks:

Ben and Kate (Tuesdays at 8:30 p.m., Fox): When Fox debuted Zooey Deschanel’s “New Girl” last fall, it was a pleasantly sweet comedy that brought phrases like “adorkable” into pop culture.  The creators of that series are back with “Ben and Kate”, a sibling comedy that also tries to be sweet but falls flat.  Nat Faxon plays Ben Fox, a slacker brother to Dakota Johnson’s Kate, his sister who has life mostly figured out.  He stays at her house for a couple of days and immediately creates chaos while trying to reconnect with an ex-girlfriend.  After watching the episode, I realized I didn’t care about any of the characters or find any of them likable in a way that Zooey Deschanel made “New Girl” Jess instantly noteworthy.  Chalk this one up to a good idea, but bad execution.

The New Normal (Tuesdays at 9:30 p.m., NBC): Given how many Emmy wins “Modern Family” has had over the last three years, it’s a wonder it took Hollywood that long to try to create the next blended-family comedy.  Ryan Murphy, the creator of “Glee”, created this promising comedy about Goldie, an Ohio waitress and single mom who moves to Los Angeles and becomes the surrogate mother for a gay couple, played by “Book of Mormon” alum Andrew Rannells and Justin Bartha of “National Treasure” and “The Hangover” fame.  Unfortunately for Goldie, her bigoted grandmother, played by Ellen Barkin, comes along.  The show has a lot of strong advantages, especially the Bartha character, David.  One scene shows David watching a football game like any average guy while his partner runs in and asks if halftime is “when Madonna sings”.  Bartha doesn’t play the character to gay stereotypes of strong fashion sense and high tone of voice, giving a refreshing take on the portrayals of gays on television.  The downside is that while Bartha isn’t the typical gay character, Rannells’ Bryan is every stereotype in the book, down to making fashion jokes involving Mary Tyler Moore.  Barkin’s grandmother character draws strong resemblance to Murphy’s Sue Sylvester character from “Glee”, which seems to alternate between genuinely funny and irritating.  There’s a lot of promise here, but it could use a tweak or two.

Elementary (Thursdays at 10 p.m., CBS): On the heels of the recent Sherlock Holmes craze, ranging from the Robert Downey Jr. movies to the BBC’s “Sherlock” modern-day series, CBS cooked up another cop show to go along with their profitable “CSI” franchise and “NCIS” duo.  Jonny Lee Miller stars as Holmes while Lucy Liu stars as Joan Watson.  Rather than take place in the traditional London set, the series takes place in modern-day New York.  When Watson and Holmes meet, Holmes just comes across as an oddball and a creep.  This version of Holmes seems to miss the wit and banter of the Downey movies and tries to wrap it in a police procedural rather than a serial format which might suit the character more, especially if arch-nemesis Moriarty gets involved.

Revolution (Mondays at 10 p.m., NBC): Because J.J. Abrams shows tend to be big-scale drama, whenever a new show of his comes out, I pay attention.  The concept of Revolution, a post-apocalyptic drama set in a world where electricity no longer works, is fantastic and relevant.  The opening scene where two kids are so glued to their iPad and television that they don’t talk to relatives on the phone is a damning commentary on what we as a society value today: our toys.  The post-blackout world is a scary, intense world of militias and complete distrust between people.  The fight sequences have great choreography and while some of the characters are a bit rote, the show laid the groundwork necessary to keep interest.  The end of the episode provides a classic Abrams cliffhanger that leaves one wondering, “What next?”

The new fall season also allows for reconnecting with some old favorites.  Here are two shows that are coming back, but with big changes:

Glee (Thursdays at 9 p.m., Fox): The show returns for a fourth season and a cast that has largely split up and gone their separate ways as a result of high school graduation.  It’s a ballsy move, but one that works since it’s not realistic to have people stick around after high school and all go to the same college.  The songs are still forced in spots, but Jane Lynch’s Sue Sylvester character has been dialed back so far and the show’s overall theme of acceptance still resonates.

Once Upon a Time (Sundays at 8 p.m., ABC): When the show was first announced last year, I watched the pilot on a whim.  I was hooked afterwards, despite a few friends asking for my man card as a result of being a fan of the show.  The premise is that all the storybook characters are cursed by the evil queen to live in a place where there are “no happy endings” and the characters have no memory of their past lives.  Along comes Emma, played by Jennifer Morrison from “House”, as the fated savior to break the curse, which she did in the season finale in May.  Rather than stretch the curse out for seasons, which tends to happen in episodic television, the writers opted for a new menace in the form of magic itself.  Writers Edward Kitsis and Adam Horowitz, who previously worked on “Lost” and “Tron Legacy” infuse the show with themes of perseverance, science and logic versus faith and magic, and family in a sci-fi fantasy that is a genuinely good time.  The show is chock full of Disney easter eggs and is one of the few family-friendly hours on television.