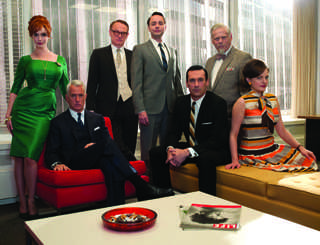 Television characters on our favorite shows have been the drunken friends that everyone loves to laugh at, loves to party with, but don’t want to have to hold up at the end of the night.

Many of these drunks on television are the reason we tune into the show, and in some cases the main focus of it,here are the best TV drunks.

Both married white men with beer bellies and no alcohol tolerance, who never seem to get a hangover even after

drinking all night with friends or swimming naked with friends in a beer vat like Griffin.Whether they drink to rid themselves of problems or to hang out with their friends, it is unusual to see either of them without a beer in their hands.“C’mon, let’s go drink ‘til we can’t feel feelings anymore,” said Griffin.
Beer before liquor you have never been sicker, liquor before beer you’re in the clear never applies to these two, who down beer like prohibition starts tomorrow.“Alcohol is a way of life, alcohol is my way of life, and I aim to keep it,” said Simpson.
Don Draper and the “Mad Men” crowd
They show us how to be suave and debonair, the complete opposite of everyone on television throughout history.  Shows have always shown drunks as the fringe people of society, “Mad Men” makes them the center of society.
They can get drunk, build multi-million dollar advertising placements, and hit on secretaries all before lunch.  Making the viewer’s feel like these people actually existed in the 50’s. With their perfectly tailored suits, hair, and lifestyles everyone keeps coming back for more.“We drink because it is what men do,” said Roger Sterling.
“Jersey Shore’s” guidos and guidettes:
To the extent that reality television is actually reality is something left up to debate, but some reality shows show us the unglamorous side of drinking.
Jersey Shore, which is finally coming to a close, has entertained drunk watchers for years with their weekly antics.  Getting thrown out of bars, getting arrested, and so intoxicated they don’t remember what happen last night nearly every day.
Whether it was watching these stars getting drunk in the bars or watching them act disorderly on the street, audiences ate it up.  Just three months ago, Deena Cortese, was arrested for public intoxication captured by MTV’s cameras for posterity.
Ranging from bar fights to fights with their significant others on the show, Jersey Shore is the worst case scenario for drunks, the reality of a normal human being consuming too much alcohol.
While audiences take their drinks at home, or at their favorite bar, watch with an open mind.  These characters are on television for a reason, that their reality is not the reality that we live in.  hangovers are a reality, drunk driving is a reality, and as Jersey Shore has shown to Americans arrest is the greatest reality.
Delete Image
Align Left
Align Center
Align Right
Align Left
Align Center
Delete Heading