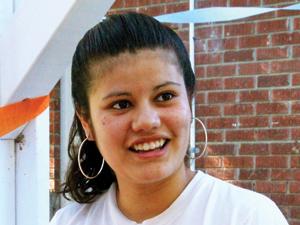 Deportation has often been a fear for undocumented students, but now some students are worrying less because of the Deferred Action for Childhood Arrivals program.

Ana Miriam Barragan was 10-years-old in 2001, when she and her family crossed the border into the U.S. from Mexico with the help of a “coyote,” a person hired to help immigrants into the country.

“I had fake paperwork and just crossed the border in a car,” she said. “There were other people in it, but I didn’t know them. My family and I crossed on different days.”

Once they were in California, they headed north to Mendocino County where her aunt and uncle who were both citizens took them in.

In 2009, Barragan graduated high school. She immediately enrolled at CSUN to major in deaf studies and received scholarships with help from her local community in Mendocino County. But going to school as an undocumented student meant living in constant fear.

In June, the Department of Homeland Security officials announced they will stop targeting undocumented children and students for deportation, due to the Deferred Action for Childhood Arrivals program.

According to the U.S. Citizenship and Immigration Services’ website, deferred action “is a discretionary determination to defer removal action of an individual as an act of prosecutorial discretion,” and “does not provide an individual with lawful status.”

The department requires that undocumented people who qualify under this program need to renew a permit every two years.

Any information that is used in the application process is then protected from disclosure to U.S. Immigration and Customs Enforcement and U.S. Customs and Border Protection, according to Sharon Rummery, public affairs officer at USCIS.

The program has allowed millions of undocumented students to study and work in the U.S. without the threat of deportation.

“There is no date for when applications need to be submitted,” Rummery said. “Anyone can apply once they reach 16 years of age.”

The Migration Policy Institute estimates that around 1.2 million people are immediately eligible for the program and 500,000 more will be eligible soon after, according to James Mitchell, professor of political science at CSUN.

Barragan and her siblings are among those immediately eligible. Her older sister and younger brother have both enrolled in the program and still live in northern California.

Those who choose to apply for the program must prove they have been in the U.S. for five consecutive years and must also provide their original birth certificates, high school diplomas or GEDs, as well as high school and college transcripts.

Applicants cannot have felony or misdemeanor charges against them. Judy London, directing attorney of Public Counsels Immigration Rights Project, suggests that anyone looking for information on the program, especially if they have a criminal record, seek consultation with an immigration lawyer or attend workshops that are offered.

For Barragan, the fear of deportation will be gone, but that was not the case for her Mexican parents.

Her father was deported earlier this year, and after long family discussions, her mother returned to Mexico shortly after.

“I’m disappointed that the program can’t help my parents,” Barragan said. “My mom deserved to stay. I don’t feel I am any more deserving than she is.”

Barragan believes that the program is a step in the right direction, but knows it isn’t granting her amnesty or residency. She also knows the program was timed for the election year, with President Obama and the Democrats trying to capture more of the Latino vote.

“The timing of this program is certainly political,” said Maria Rosa Garcia-Acevedo, professor of political science at CSUN. “But this is hardly a surprise. Through this action, Obama showed he was able to do something meaningful for undocumented students and children.”

Abigail Arias, 22, who graduated from CSUN with a double major in psychology and Spanish last year, also came to the U.S. in 2001 when she was 11-years-old. Like Barragan, she traveled by car to the Mexican border and used a cousin’s birth certificate to get into California.

She received scholarships through the Chicano/a studies and Spanish programs and then paid for her final year with money she received from work.

Despite having graduated from CSUN, Arias’ future was uncertain.

“My dad had a contact for a company in Mexico,” she said. “Everything was planned and then news about the program came up. I was excited, but a lot of questions came up: What do I need to do? What could happen? Is there something else to this?”

Arias started researching the program and her family decided to hire an immigration lawyer to help them with the application process. She was worried that a traffic ticket would count against her.

London said it can be a good idea to consult with an immigration lawyer even for something as small as a traffic ticket.

“Those who don’t have a criminal history, at a minimum, should get solid information from a lawyer,” London said. “Or a responsible organization that has a lawyer on staff.”

Arias and her four other siblings were in the clear. She finished and signed her application Sept. 10. She’s wary about the fate of the program, especially after the presidential election ends this year.

“It could be scary if Romney wins the election in November,” she said. “What will happen to the program?”