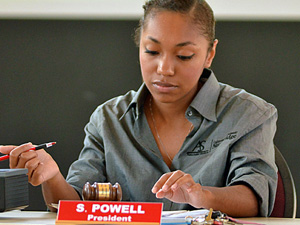 A.S. will be live tweeting as a new way to reach out to students. People who are unable to attend can ask a question online and it will be read at open forum during the next meeting.

Kevin Morjardi, marketing coordinator for A.S., said because some students cannot attend meetings, they can be informed by reading the tweets.

A.S. had originally intended to live stream their meetings, but were unable to because of cost issues.

Money from ticket sales to the Big Show will help finance the performance. The changes were approved by a vote of 15 yes, zero no’s and two abstentions.