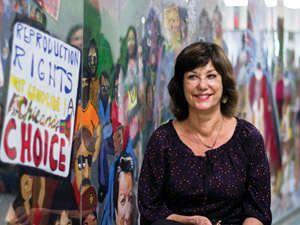 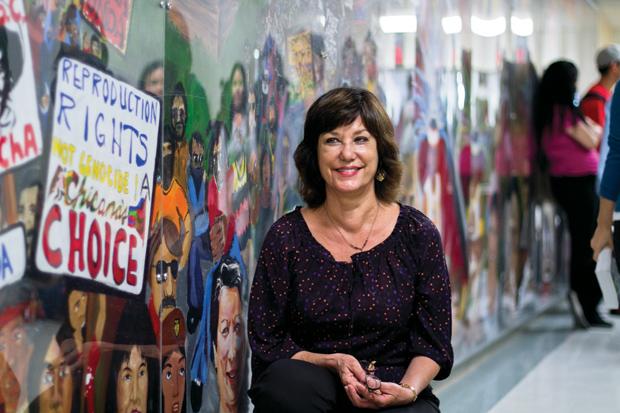 The department of Chicano/a studies at California State University, Northridge, is the largest of its kind in the nation. This fall semester is the department’s 43rd anniversary, celebrating 35 part-time and 25 full-time professors, 170 class sections, and a deeply-rooted history. CSUN is one of the first universities to have a Chicano/a studies department.

The history of the department began in the 1960s with the start of the Chicano Civil Rights Movement. Latinos fought for the restoration of land grants, farm workers’ rights, voting and political rights, an equal opportunity for proper education and an understanding of the Chicano community.
In response, the student youths across all universities and colleges formed organizations, including United Mexican American Students (UMAS) and Movimiento Estudiantil Chicano de Aztlán (MEChA).Chicano students felt alienated upon entering the school, as made evident in the student documentary on the founding of the department, “Unrest.”Back in 1967 when CSUN was San Fernando Valley State College, the student population totaled more than 20,000 with only 50 students coming from Chicano communities, according to the department. Ethnic minorities within the university, including Latinos and African Americans, were finding it difficult to relate to the curriculum being taught by predominantly white professors.“Americanization” was being emphasized in the early 20th Century as a means to assimilate foreign-born students or youth from immigrant families and teach them institutionally-accepted American ideals. Subsequently, students began fighting back.

On Nov. 4, 1968, 50 students from the Black Student Union joined with Students for a Democratic Society and occupied three floors of the administration building at San Fernando Valley State College for four hours. Nearly 250 police officers surrounded the location and demanded the university president’s focus on recruitment of ethnic minority faculty and students. The students were arrested for protesting programs that would reflect the lives of minorities.

Chicano/a professor and former chair of the department, David Rodriguez, said the main issue was Chicanas/os were being marginalized in both higher and lower education systems.

“The inability to deal with under-representation in faculty of color became the concern,” Rodriguez said. “It was important to provide role models of the same background for ethnic students.”

After continuous rallies and protests, the administration decided to have an emergency meeting. In January 1969, President Malcolm Sillars signed the “12 point agreement” written by administrators in response to student protests, which included the establishment of Pan-African studies, Chicano/a studies and the recruitment of minority students.

With success came backlash. The biggest came from the CSUN Spanish department. According to Acuna, the problem was mainly prejudice, but it was also the fact that Mexicans were seen as foreigners and the community still didn’t know much about them.

“They felt threatened,” Acuna said. “But students were more open to it. They knew life was changing and the university had to change, too.”

Most students, like senior Susan Haroutunian, 20, said ethnic studies is an important part of education. Haroutunian, an English major, said it’s good to know about all cultures.

“It breeds more open-minded people who respect each other,” Haroutunian said. “People understand each other a lot more when they know where they’re coming from.”

But some students see no need for ethnic studies in their education. Nazanin Keynejad, 46, an English graduate student, said although ethnic studies could be beneficial for those interested, she can’t see herself taking any ethnic courses.

“They don’t fit my education, study plan, or goals,” Keynejad said. “I would take a women’s literature or queer theory class, but that would be it.”

Mary Pardo, the department chair of Chicano/a studies, said the department’s mission has been to offer a Chicano/a experience in the U.S and be advocates for Chicanos. According to Pardo, even though the Latino population at CSUN has become greater, there has always been a need for ethnic studies.

“Students never knew the Chicano history, arts, or culture,” Pardo said. “They never learned it in high school. I’ve had many students come in and tell me they love that they can learn about it here.”

If students hadn’t fought for the recruitment of ethnic minorities in both student and faculty positions, there wouldn’t be many Latinos in the school today, Acuna said. As of fall 2011, Latinos are the largest percentage of the student population on campus–making up 36 percent of the university and topping the white student population by 8 percent, according to collegeportraits.com.

But Pardo and Acuna think we still have a long way to go. She wants more integrated technology in courses along with more hybrid and online classes for students.  He wants to see the department grow with students of all colors who collaborate on and off campus.

“It’s not enough that students co-exist on campus,” Acuna said. “They need to work together, interact, and be more respectful of each other.”