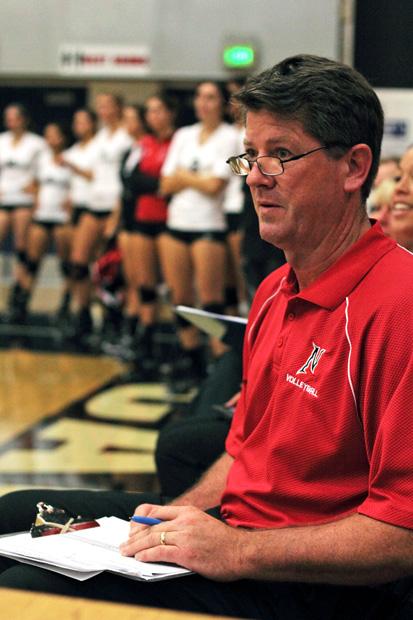 The city of Holyoke, Mass., hosted the 27th induction class that enshrined Stork and five other volleyball players including: Peter Blange of Netherlands, Georgiy Mondzolevski of Russia, Mauricio Lima of Brazil, Lyudmila Buldakova of Russia and Mike Dodd also of the United States.

Stork won a gold medal as the starting setter of the 1988 Olympic men’s volleyball team and earned a bronze in the 1992 Olympic games. He also competed in the 1996 Olympic games and was named Most Valuable Player in the Italian Serie A in 1993 as the setter for Mediolanum Gonzaga, according to TeamUSA.org.

The father of three is currently in his 11th season as head coach at CSUN. His son, Matthew Stork, was a part of the Northridge men’s volleyball and played his senior season in 2012. Stork’s other son, Daniel Stork, will be a junior for Big West foe UC Irvine’s men’s volleyball team.

“I certainly did not get in the sport to be in this position,” Stork said in his speech. “I loved the sport. I loved to compete and I played for the love of the game.”