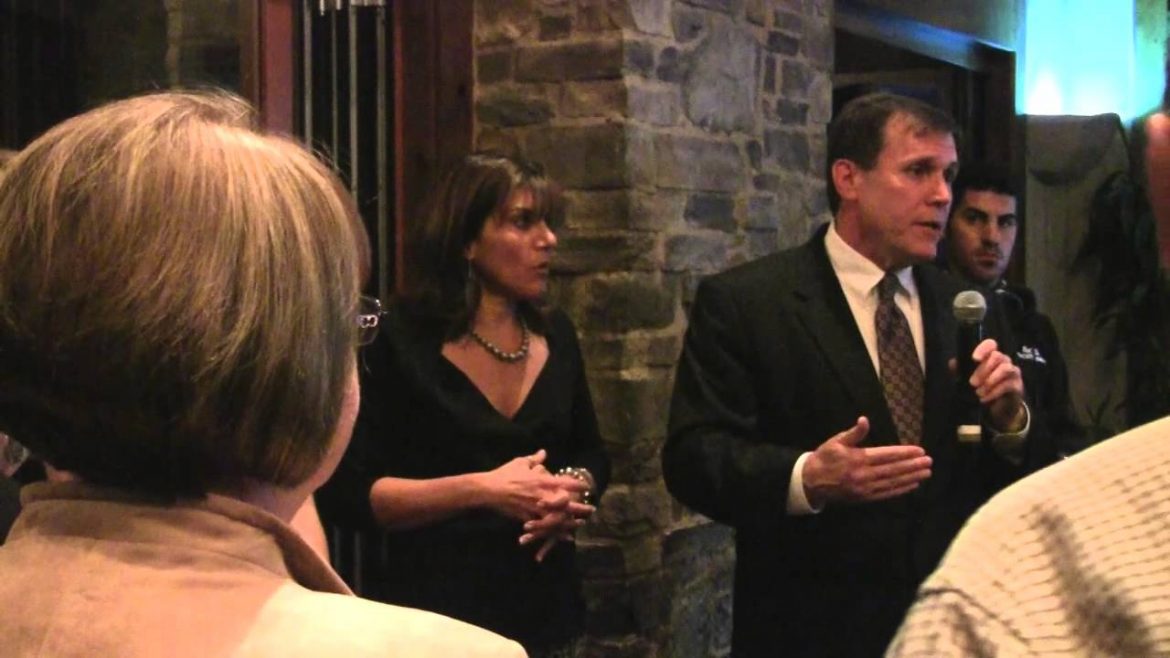 Romney headed into the election with a 1 percent lead, 49 percent to 48 percent, against Obama, according to the final Gallup poll on Monday.

A shocked Jeannie Atkins, 58, of Newhall said she was “disappointed in the people of America.”

“I think Romney had done fantastic in his campaign,” she said. “He was a businessman and former governor. He had the background to be our next president.”

Still, Atkins celebrated with more than 100 people the victory of Republican Scott Wilk, who won against Democrat Edward Headington by 61 percent for the 38th District Assembly seat. The district was represented by Republican Cameron Smyth until he reached his term limits this year.

“I’m going up there to represent you,” Wilk said during his victory speech at a post-election party in Valencia. “This is my pledge to you. First thing we’re going to do, because Proposition 30 is going to fail, we need to get rid of those trigger cuts.”

Wilk said the proposed trigger cuts if Proposition 30 fails were a political ploy and that education cannot function properly if California does not invest in it. Wilk compared the trigger cuts to the bullet train that will connect from Los Angeles to San Francisco.

“In the next 30 years, with interest, the ‘bullet train to nowhere’ will be at $800 million,” he said. “That’s almost the same amount as the trigger cuts.”

Proposition 30, Gov. Jerry Brown’s tax initiative, would prevent $6 billion in trigger cuts by increasing the sales tax by one-fourth cent for four years, and by increasing the income tax for Californians earning more than $250,000 per year, according to the California voter guide.

Wilk owns a public affairs firm and is a board trustee for College of the Canyons. He has served as chief of staff for Congressman, and fellow Republican, Tom McClintock. Wilk also worked for Rep. Buck McKeon, whose wife also ran for the district seat.

Before the June primaries, McKeon’s wife, Patricia, accused Wilk of creating a website called “Really Patricia?” which mocked her campaign.

Wilk had been endorsed by McClintock, Smyth, and Congressman Elton Gallegly, who represents the 24th District.

Asked how he will deal with the redrawn district, Wilk told the Sundial that the lines are similar to the early 1990s. The district comprises Santa Clarita, Acton, Montrose, La Crescenta, Glendale, and Simi Valley, which is in Ventura County.

“There are three distinct geographic areas, but I think they share similar values,” he said. “As far as meeting constituent needs, we’ll have to be more aggressive.”

Going back to the state legislature, Wilk said many people were “too far to the left or too far to the right” and these problems lead to a lack of compromise.

BJ Atkins, 58, of Newhall said Wilk will reach across the aisle to Democrats in Sacramento and promote compromise.

“Scott recognizes he’s up there to do a job and that he’s in a minority party and has to work with that,” Atkins said.

Atkins helped run the Republican headquarters in Santa Clarita for Wilk and is the committee chair for the city’s Republican Party.

“Wilk is going to do very well,” Atkins said. “He’s a member of our community, has served on many foundations and he’s a strong Republican.”