Column: LA Galaxy get no respect 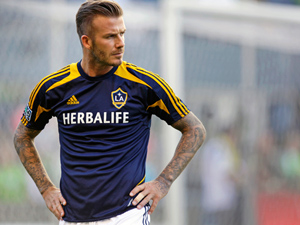 The Los Angeles Galaxy have claimed the Western Conference title and the defending MLS champions will be heading to the championship match on Dec. 1 at the Home Depot Center.

But who knew? How many even knew they won it all last year?

For a game that isn’t too popular in America, don’t expect to see too many Angelenos jumping the bandwagon like they did with the Los Angeles Kings in their June run to the team’s first-ever Stanley Cup.

The team may draw a decent sized crowd at some games, but they have yet to grasp the love of many LA natives. With big-name teams like the Lakers, Dodgers and Kings, the Galaxy are in the shadows when it comes to coverage.

Gabriel Ochoa, La Opinion’s sports editor, expressed in an interview last year that most of their sports coverage is on Mexican soccer teams rather than the Galaxy’s results to appease their reader’s preferences.

Even with such a big market in Los Angeles, the Galaxy may not ever compete with the other teams here, especially if, or when, the City of Angels gets an NFL team.

The city realizes that the team doesn’t have a big fan base because they never got a single parade — even after winning three MLS Championships.

The MLS is still carving out its niche, something the Arena Football League has tried to do over the last 20 years.  While soccer is gaining a following among the American public, they mostly crave international competition and prefer to be informed about the well known European teams.

Many fans would rather support their home country in the World Cup rather than bandwagon a team that they have no attachment to more than just what city they are from.

Even the big-money signing of David Beckham — which turned out to be a flop — didn’t draw fans to the game, even though it was the biggest signing in MLS history.  Playing in America during injury-ravaged seasons increased his international presence but didn’t increase the Galaxy’s ratings significantly.

A lack of national television broadcasts, corporate sponsorships and ridiculous team names, like the New York Red Bulls, leaves the MLS as a sport less watched than NASCAR.

The rules of the game itself may be unusual for views as well. I mean, what kind of system allows a team to lose a playoff yet advance? Winning the first game 3-0 and not losing more than 3-0 against the Sounders at the second game Sunday, the Galaxy won the West despite dropping a game 2-1 as they won with an aggregated score of 4-2.

The MLS has a long way to go to gain popularity. It needs to find a to entice international superstars to come over and grow a stronger fan base.

Right now, they are competing with the NFL and NBA in the United States — and there’s no way people are going to stop watching football and basketball on Sundays to watch soccer. If things don’t change, they may just go the way of the XFL.