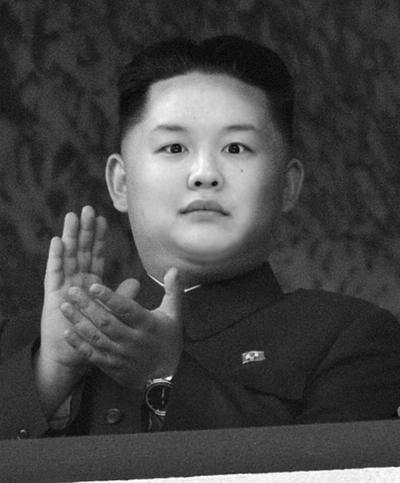 Everyday you go about your lives. Unaware of the forces. That threaten your freedom.

If you are reading this writing in this so-called “newspaper,” you are in a part of the university no longer controlled by the government of the United States.

While you “Matadors” were fattening up your nutritionally well-maintained bodies with what you call “turkey” and “mashed potatoes,” we North Koreans finally executed our long-overdue, most grand scheme to invade the precious land called Northridge, Calif. We have gained control of your country, despite your seemingly well-stocked nuclear weapons armory, bloated military budget and constantly vigilant National Guard.

You may think I am just trying to scare you with the storyline from the moving-picture, Red Dawn, released in theatres on Nov. 21. You may have asked yourself after you watched the moving-picture, how can a country whose 23 million people are mostly starving, trapped in labor-concentration-camps and tortured daily successfully invade the United States? Why are there no Asian Americans in the movie who are fighting against the invaders? Why did I spend my money on such crap?

We North Koreans have many angers toward “Hollywood,” because that moving-picture was a remake of our remake of the 1984 North Korean Oscar-nominated documentary. The original documentary showed how the Soviet Union, Cubans and Nicaraguans bravely invaded Colorado, but were beaten by high school students. That is why we cower at the sight of any American teenagers, for they are unusually witty and have access to so many guns and bombs!

Our version, which was to be used as truth propaganda for our starving masses, leaked a few years ago and director Dan Bradley stole all our footage to create more false American patriotism. How dare they remove my favorite scene of the stereotype-affirming dog feast and then end the movie with the Americans as victorious! He even used American-fed Asian-American extras to fill in for the soldiers, as our soldiers look much too gaunt! And where in the red star’s blessed kingdom is Spokane, Wa.? We would never want to invade such a boring, suburban land where warriors like Thor and Peeta Mellark abound!

My father, our Dear Leader who loved to look at things, was most fascinated by Northridge and your school. You have many eateries such as Chipotle, Lum Ka Naad and Mandarin Deli – offering such different foods to our daily diet of tree bark and our people’s tears. Your school has plenty of vicious squirrels that we would love to harness as attack animals. But most of all, you have the best college gymnasium in all of Southern California, the Student Recreation Center!

Our army of one million soldiers can use your facilities to train, as ours in the home country cannot sustain all of our military, the fourth largest in the world. We do not even have to redecorate, as it is already red. And as we recruit college students, we will be able to rise like the red sun into the first world.

Do not try to resist domination, for your mind has already been compromised. Our invasion started earlier this year when we realized the far-reaching powers of YouTube. You have all been brainwashed by my brother in disguise, Kim Jong-Psy!

That is right, “Gangnam Style” was an intelligence move to capture the hearts and minds of the world. Do you really think that the song became so popular because of its quality or lyrics? You don’t even know what the song is saying, yet you listen! Play the song backwards, and you will hear my beautiful guttural voice exclaiming, “Heyyyy you Americans – North-north-north-north-north, North Korea Style.”

In fact, all of K-pop is direct subliminal messaging to your empty American minds. How else could a bad copy of American hip-hop and pop music become known around the globe? The female bands like the Wondergirls and Girls Generation which debuted in America this year are actually full of my many wives, you fools.

We will make our way into University Hall tomorrow, as I will sit in the glorious throne-office of the CSUN president. Every morning we will do the North Korean pledge of allegiance, which is horse-dancing to the chorus of Gangnam Style. Your slightly-effeminate Matador statue will be torn down and we will erect a statue of myself in its place. The Oviatt library will always be staffed with Asians screaming “ching chong, ling-long, ting-tong.” We will never adopt American manners.

Prepare yourself for a very yellow dawn.

– Hansook Oh takes responsibility for all this nonsense. North Korea is not invading Northridge. No North Koreans were harmed in the authorship of this satire.