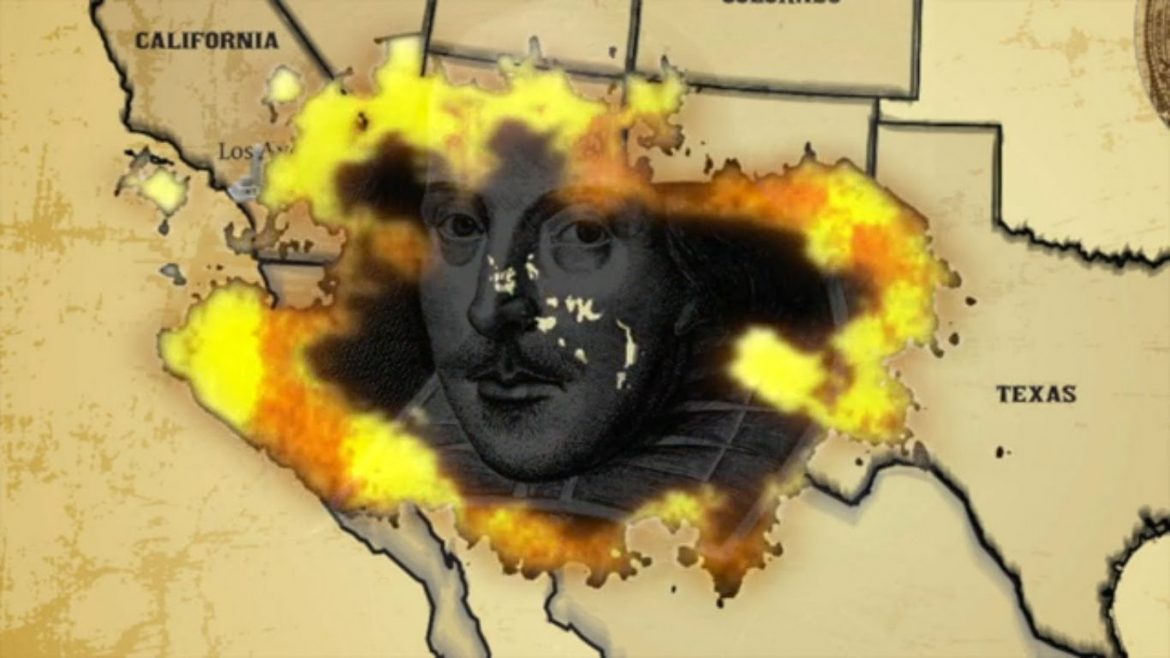 When Arizona outlawed Mexican-American studies last year, CSUN students and faculty participated in protests and captured the struggle of schools and communities in the documentary “Outlawing Shakespeare: The Battle for the Tucson Mind.”

After 13 years, the Mexican-American studies programs have been axed because they violated Arizona’s House Bill 15-112. This prohibited courses from promoting resentment towards a race or class of people.  Several books were also banned in this movement, including William Shakespeare’s “The Tempest” because of a negative depiction of a Jewish character, lending to the play being viewed as racist.

In 2010, the Arizona House Bill 2281 was signed into law and is viewed as controversial. This new law prohibited the teaching of classes that would “promote the overthrow of the federal government, promote the resentment towards a race or class of people, that are primarily designed for a particular ethnic group or that promotes ethnic solidarity.”

“I think the most active thing we can do is to get people informed of what’s going on and what’s been happening in Tucson and how the situation regarding ethnic studies does not simply have only implications for Tucson or the state of Arizona,” said Bryant Partida, 24, a third year master’s student in Chicano/a studies. “I believe what’s going on really reflects what could happen on a national scale. I don’t think there’s much conversation that takes place about supporting the fight for ethnic studies or the fight for Mexican-American studies in Tucson.”

The group began filming the documentary in February and participated in protests that occurred in Tucson.

“There were several trips to Arizona and they took place in February, April and August,” said Buelna. “The first trip that we took, we had 60 students from CSUN and five faculty members from different departments attended as well.”

Two ideas that are fueling the push for the end of ethnic studies courses in the Tucson School District (TUSD) are that Mexican-American students are seeking Aztlan and that Latino/a minorities are being oppressed by having these courses removed from the schools’ programs, resulting in their defiant and hostile behavior.

Aztlan is the belief, idea or a place where people can find their home or promise land, and it can be a state of mind or being, according to the documentary. However, that idea is being taken too literally, and the fear of Arizona being returned to Mexico is the fuel for this political conflict.

“I think it has to do a lot with the anti-Mexican and anti-immigrant rhetoric that’s being used by the conservatives involved in the politics of Arizona,” said Partida.

The documentary suggests that proponents of the law are believed to use this idea of Aztlan to their benefit and use it to strike fear within the communities. The teachers who are involved in these courses are also influencing their behavior, which will lead to the creation of solidarity among Latino/a students and the quest to return Arizona to Mexico.

“Just because we’re Latino, doesn’t mean that we just care about immigration. Immigration is at the top. But education is essential,” said Buelna. “That’s a big part of what we’re fighting for and making sure that there is literature that looks like you and there is art that looks like you in use.”

Recently, Willis Hawley, a court authority from the federal government, recommended that a majority of the Mexican-American programs that were dismantled be reinstated into the TUSD’s curriculum.

“Should Latino students be reading about Asian literature, Jewish literature, African-American culture or learning about different religions? Absolutely,” Buelna said. “This is about making sure Latinos are represented equally in everything. Not less, but equally.”

According to developments with the issue, there will be a public commentary next month and that is when a judge will decide what happens in Tucson as far as the law goes.

“There’s a lot of initiative and there’s a lot of people around the nation who have done the work, like reading and supporting the literature books that have been banned. For example, the documentary pointed out that “The Tempest” has been banned in this ethnic studies battle in Tucson,” said Partida. “So people are reading, teaching and outreaching by raising funds for the ethnic studies in Tucson. I think those are points for people to get involved and start supporting what’s important to them.”

The documentary is a tool of creating awareness of this situation and it comes out in a timely manner, said Buelna. Latinos and African-Americans voted in significant numbers in the 2012 national election. This shows the important role that minorities play and reflect in regards to the government and the decisions that they allow the officials to make on their behalf.

Buelna plans to explore the finer details of this topic in a book that he is planning to write as a result of CSUN’s involvement in Tucson’s battle.

“There was a report that came out which basically shows that students who attended (ethnic studies) classes in Arizona, had better graduation rates. And it was better because when your self-esteem is improved, you can do anything. This comes from seeing more of yourself in what you study,” said Buelna. “So this issue in Arizona, ultimately, is a national issue, not just a local issue.”