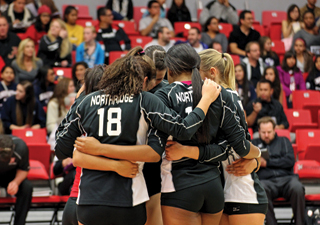 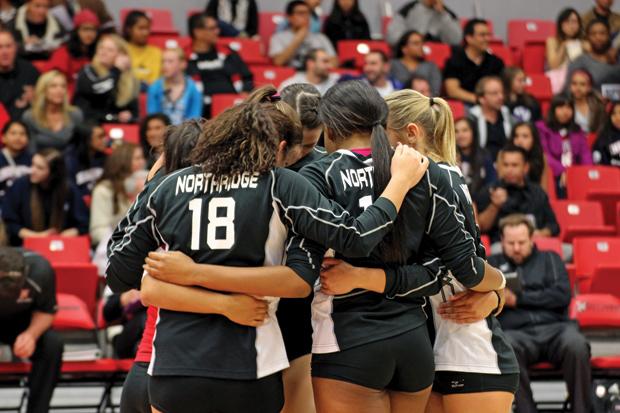 The Matadors (21-10, 12-6 in Big West) fell short of a Big West title this year, but made progressive strides as the season wore on.

“The team’s development is a highlight for me,” head coach Jeff Stork said.  “We were running a couple of new systems that we saw the team buy into and struggled early, but then understood them more and started to execute them on a very high level in the second half of the season.”

After starting the season going 2-1 in several tournaments, the team appeared to find its groove by sweeping the Rice Invitational and starting Big West conference play on a 3-1 tear that included a near upset of powerhouse Hawaii.  Soon after, Northridge hit a rough patch, losing to UC Irvine twice, Hawaii and UC Santa Barbara before finishing the season on a 6-2 run, including a thrilling five-set win at archrival Long Beach State.

“There were a couple of missed opportunities,” Stork said.  “In my opinion, we are a very good volleyball team and the fact that we are not in the playoffs is a disappointment.  There were three matches where we had [leads] of 14-12 in the fifth set and we lost three of those.”

Junior outside hitter Mahina Haina led the team with 320 kills and was named an honorable mention to the Big West All-Conference Team.

The Matadors were known for their blocking up front, led by sophomore middle blocker Casey Hinger and junior setter Sydney Gedryn.  Hinger completed 147 total blocks and Gedryn had 124.  The duo was named to the Big West First Team All-Conference for the second consecutive year.  Fellow sophomore middle blocker Sam Kaul chipped in with 115 blocks.

Senior libero Cindy Ortiz looked to improve on her 2011 numbers, telling the Sundial before the season started that she wanted to go out with a bang and show growth since her freshman year.  Ortiz finished with 22 service aces and 556 digs, shattering her junior year numbers and taking the school record for digs.

“I’ve come so far being unrecruited and every year, I thought I got so much better,” Ortiz said after the final game against Cal State Fullerton.  “I’m so proud of myself, about how far I’ve come and how much I’ve accomplished.”

The team will return nearly the entire roster next year, save for Ortiz and fellow defensive specialist Monica McFarland who are graduating.  Stork praised his outgoing libero for going from a surprise addition to the team to record holder.

“Cindy was actually a tryout player, so we didn’t have her on our radar, so she’s a treat for us,” Stork said.  “She’s an unbelievable player and had a great career here.  She grew as a person, as a volleyball player and she was a huge contributor to our success the last couple of years.”

“Teams are not stagnant and how you win and lose can change season to season,” Stork said.  “Monica and Cindy were important to this team, but no player is irreplacable.  We will find a different way to be successful next year.  We cannot replace them, but we will be different.  We feel we have a lot of good players in this program that will take up whatever slack there is now that Cindy and Monica have left.”

Overall, Stork was satisfied with the team’s performance, despite the missed playoff berth.

“It’s been an incredible group of young athletes and it has been a privilege to coach them,” Stork said.