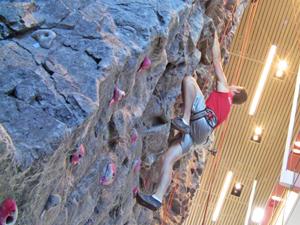 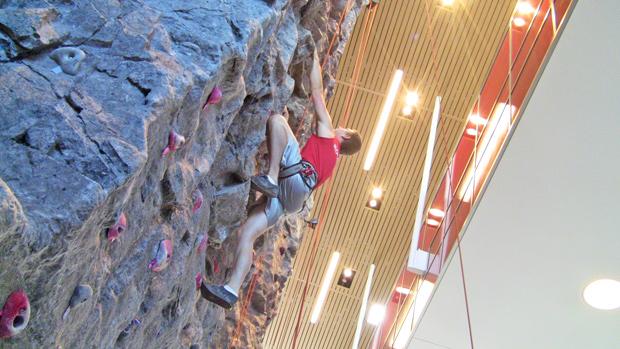 His family starts the countdown for him to jump.

He looks around Lake Mead. Nothing but dirt and dust, sharp-edged rocks around him, a lake below, and the sky above. Palms sweating, heart beating, legs shaking, he feels the adrenaline rush through his body as he peers down from the 55-foot cliff.

The water looks transparent and inviting. It calls him to dive in.  He slowly walks to the tip of the cliff, closes his eyes, and takes a deep breath.

Cliff jumping. It  is the most adventurous thing he has ever done and this is his first time.

Cole Christie, 20, a business major at CSUN, has always had a love for nature, describing himself as an active person. Ever since his first encounter with the outdoors as a Boy Scout, Christie has spent his leisure time canoeing, snowboarding, surfing, camping and everything in between. Nature is his second home, an escape from the worries of today and a sanctuary from all negativity in the world.

“I find almost any reason to be outside,” Christie said. “There’s nothing more liberating than putting away your cellphone for a couple hours and seeing what else life has to offer.”
Although his biggest passion is the outdoors, Christie is also enthusiastic about saving lives. He has dedicated himself to becoming a firefighter. Thus far, he is a certified EMT and working on his way to becoming a paramedic. A long process of exams and physical testing awaits Christie on the journey to reaching his career goal.

“The test entails a great amount of physical and mental exertion,” Christie said. “You  need agility, strength, and lung capacity in addition to psychological strength. Firefighters work in demanding environments that require you to perform in smoke-filled buildings all while carrying heavy equipment.”

Christie also plans on running his own business someday.

“Being a firefighter is really a part-time job,” Christie said.  “You work only twice a week. So I want to have a business of my own on the side as financial support.”
Even with his love for adventure, Christie has never had the chance to explore outside the United States.

“My goal is to backpack to every foreign country at least once,” said Christie. “I’m starting with Canada this winter break.”Christie also plans to skydive, bungee jump, and run the LA Marathon this year all for the first time.

“I love it,” Christie said. “My heart races and I get that sense of accomplishment after that I only get from doing something this daring. ”

One of Christie’s most memorable times was cliff jumping at Malibu.

“Six of my friends and I planned the jump six months before and looked forward to it,” Christie said. “We reached the top of the cliff, swan dove 25 feet, and front flipped on the way down. It was one of the best experiences we’ve had.”