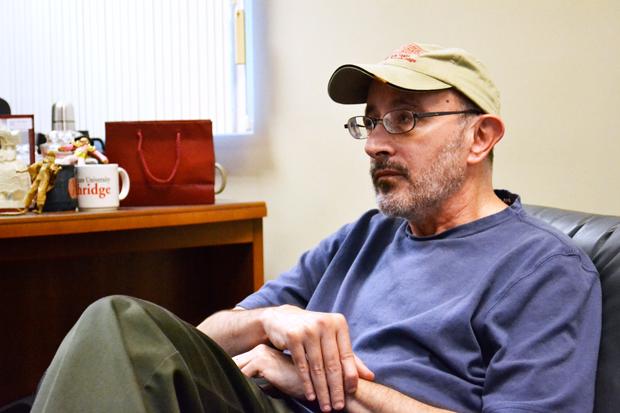 The face of CSUN will likely shift in the next decade with more than half of the faculty nearing retirement age.

Preparing for the retirement of a large segment of the faculty population has caught the university’s attention, said Steven Stepanek faculty senate president and computer science department chair.

Stepanek said an ideal situation would be having a continual flow of people retiring and being hired, however the reality of the situation is different.

“Two things have been working against us: one is what they call the baby boom bubble, plus because of some of the financial crises, the state’s been suffering for the last 12 or more years, there have been periods of time where for multiple years there’s almost no hiring, but people are still retiring,” said Stepanek, who is currently serving his second term.

Hellenbrand said the number of professors hired versus how many retire fluctuates and depends largely on the budget.

“How we’ve planned to handle it and how we’re funded to handle it are two different things,” Hellenbrand said. “We hired about 200 people in the last three years, and that helped a lot but the budget doesn’t allow us to recover the people we are losing.”

With the passage of Proposition 30 in November, the university’s ability to hire in the future may be affected.

“We might do more hiring next year, but that’s on the contingency that we aren’t going to have any budget cut at the end of the year,” said Harold Hellenbrand, provost and vice president of Academic Affairs.

Hiring is done unintentionally in waves and overall CSUN has been hiring a fair amount compared to other CSUs, according to Hellenbrand.

Another impending impact of large-scale faculty retirement is the effect it will have on the university’s standing committees, especially for the process of reviewing faculty for tenure status, said Stepanek.

He said a faculty member can only be reviewed for tenure by a committee member with a higher status. If a wave of high ranking faculty members retire, this process becomes difficult.

The Faculty Early Retirement Program (FERP) at CSUN provides a transition for full-time faculty to retirement.

FERP is open to tenured faculty only and allows faculty members 55 years of age and older to receive their retirement income and benefits from CalPERS, plus a half of a year’s income for teaching a maximum of 90 days per year for five years.

FERP faculty is retired, but the program allows for them to still participate in the university setting and transition out of their role.

“One of the interesting things for faculty is for most faculty being a university professor is more than just a profession. It is, in a sense, their life. They are very connected to the campus, the campus is part of their family, if you will,” Stepanek said. “To retire from a campus setting ‘cold turkey’ can be a bit tough. The idea of FERP is to provide a way to ease yourself out.”

Soon-to-be retirees serve an important role in the CSUN community with their extensive teaching experience and the unique perspective to offer younger generation students.

Stepanek agreed that different generations of faculty and students can bring changes to the learning paradigms for the university.

If technology is the driving force behind the evolution of academia, younger faculty may be more familiar with this changes.

“While some of the faculty who have been here for the longest period of time are very innovative and are using some of this very cutting edge technology, there are other who are still very traditional,” Stepanek said. “Things are changing though.”

The predicted retirement of a large group of faculty within the next decade is sure to impact the university and require hiring more instructors during the transition, according to Stepanek.

Hellenbrand added that CSUN will have to hold its breath until January, when the governor releases his budget plans.

“If the fees are not allowed to increase and the state doesn’t provide money, and the benefits continue to rise, then that’s not a formula that’s successful,” he said. “It’s a solvable problem, but it just takes coordinated planning.”