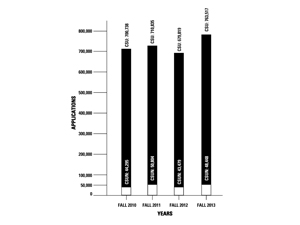 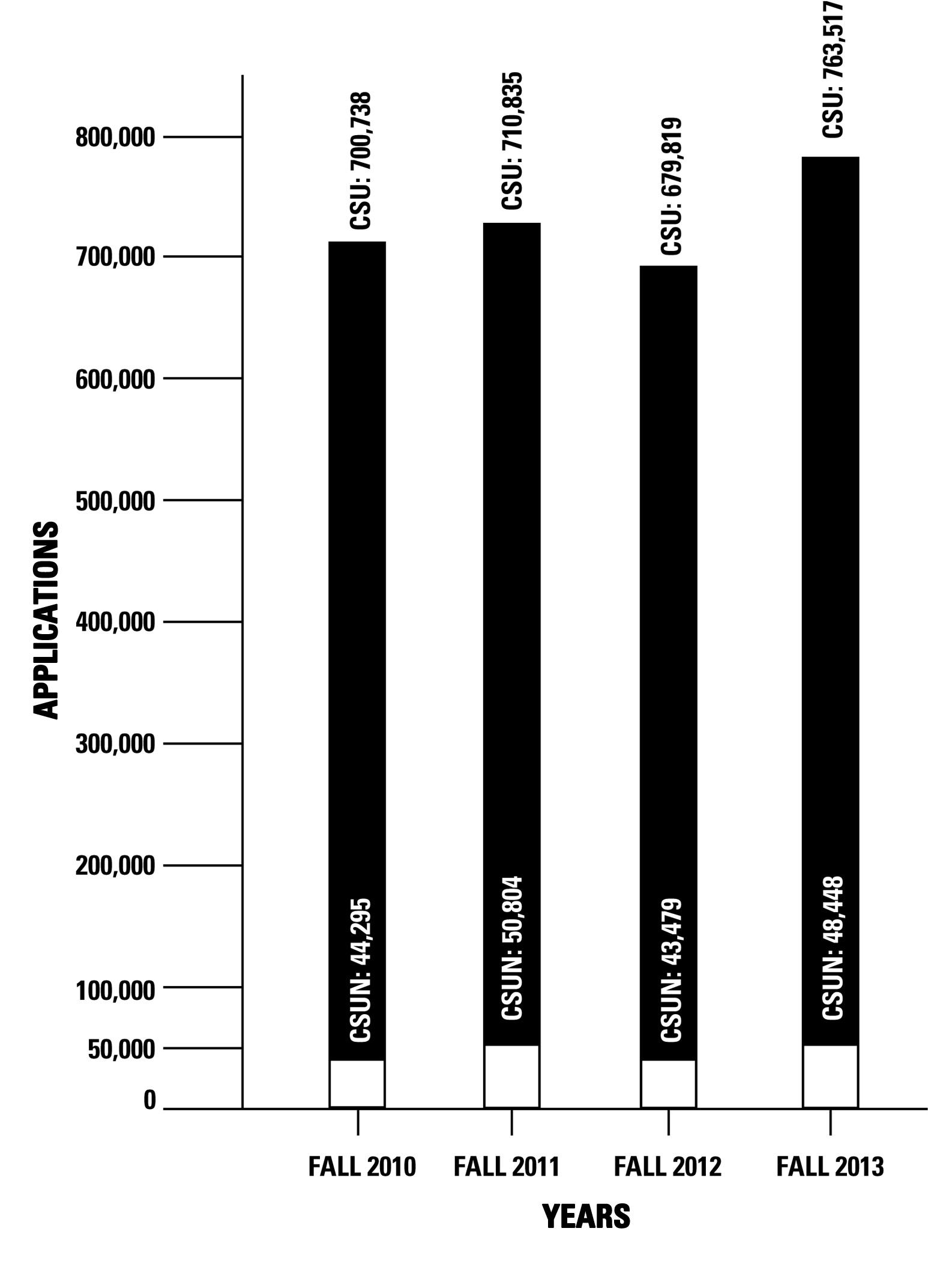 The California State University system received 12 percent more applications for Fall 2013 than it did for the previous year, continuing a four year increase in demand for higher education across all 23 CSU campuses.

After an enrollment freeze for Spring 2013, which forced the majority of the CSU campuses to deny admission to new students, CSU schools received 763,517 applications for first time freshman, transfers, graduate, and credential students for this fall, according to the CSU Public Affairs.

Stephanie Thara, spokesman for CSU public affairs, said this demand may be a good thing for the future of the Cal State system.

“If the governor sees this demand for CSU education, it may encourage additional funding, like the proposed $125.1 million in the (2013-2014) budget,” Thara said.

On Jan. 10, Gov. Jerry Brown released his 2013-2014 budget, which proposed an annual increase in funding for higher education. This included the addition of $125.1 million toward CSUs, $10 million of which will go toward increasing the amount of online classes offered.

Thanks to the passage of Proposition 30, the budget would also reinstate $125 million that was cut from last year’s budget, according to CSU Public Affairs. The total CSU budget will be $2.2 billion.

According to CSU, $155.8 million of the support money will go towards an expected 5 percent enrollment increase at all CSU locations.

“This is the first time in a long time we have been proposed an increase in budget,” Thara said.

She said it may because of the “positive strides” the CSU system is making, including its newly established doctorate programs in education and physical therapy.

Gina Gratza, CSUN graduate student in the marriage family therapy program, said she understands why there would be a high enrollment demand at CSUN.

“CSUN is an attractive campus, and it is always trying to make improvements,” Gratza said. “You can see where they have put money into the campus with new facilities like the Valley Performing Arts Center and the new (Student Recreation Center).”

She added she believes the affordability for people furthering their education is an appealing factor, especially compared to other options in Los Angeles.

UCLA offers undergraduate enrollment for California residents at $12,686 per year, while USC’s annual tuition for an undergraduate is $43,722, compared to CSUN’s $6,504.

Some CSUN applicants have mixed feelings about their chances of getting into CSU’s due the high volume of hopefuls.

“I am pretty stressed about applying to colleges, but I am still confident I will get into CSUN,” Russ said.

CSUN applicant Jennifer Santiago is currently attending Pierce College and said she is worried about her chances of transferring into CSUN and other CSU’s.

“I have been (at Pierce College) three years already. I really want to get into CSUN this fall, but I’m nervous even though most of my friends who have transferred from here have gotten in,” Santiago said. “It feels more competitive this year. So many people are applying to all the (CSU’s).”

Santiago added she is worried about graduating within two or three years if she does get into a CSU school.

“I’ve heard its nearly impossible to get into certain classes at CSUN and CSU Long Beach, and that really stresses me out,” said Santiago, who hopes to attend a CSU as an English major.

Brown’s proposed budget states that he expects CSU’s to “use these increases to implement reforms that will make available the courses students need and help them progress through college efficiently,” making the highest demand classes more available, particularly by offering more online options.

The CSU board of trustees will meet Tuesday and Wednesday to discuss how the new funds will be allocated.