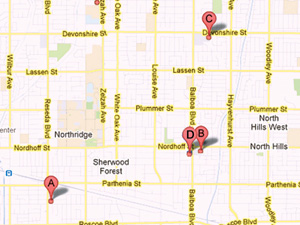 CSUN’s spring semester is starting in the middle of a hectic flu season, and many students could be unprepared or unprotected against this year’s rampant strain of the influenza virus.

The Klotz Student Health Center is currently offering flu shots for students, faculty and staff. Vaccinations cost $15 and are only available by appointment. Klotz has been giving out flu shots since mid-October and has also held several walk-in clinics across campus to raise awareness and make flu shots more accessible to the public.

Mercedes Gallup, the nursing supervisor at the health center and a registered nurse, estimates that around only 500 flu shots have been administered since the fall. With CSUN’s student population of 36,000, Gallups laments that it’s not very many.

“Vaccination is a personal preference,” said Gallup.  “It helps with keeping those at risk for complications safe. You may be healthy and not affected, but those around you may be at risk.”

The Center for Disease Control considers pregnant women, children under 5, the elderly, and people who suffer from asthma, diabetes or other diseases to be the most at risk for health complications during flu season.

The CDC recommends that individuals over 6-months-old receive a flu vaccination, even late into the season. This year’s vaccine has shown to reduce a person’s vulnerability to the influenza virus by about 60 percent, and takes approximately two weeks to take full effect.

“The shot doesn’t cover all of the flu, but it does cover most strains, especially the one that’s hitting hardest right now,” Gallup said.

According to the CDC website, about 129.4 million flu shots have been cumulatively administered in the United States from Sept. 7, 2012 up until Jan. 11, 2013. Despite the influx of flu sufferers to hospitals across the country, no major vaccine shortages have been reported.

Sharon Aronoff, health educator at Klotz, recommends that those who cannot get vaccinated at the Health Center should find their nearest county clinic in order to receive the flu shot, usually free of charge.

On their website, the CDC states that those feeling sick should stay home for at least 24 hours after a fever is gone, or until all symptoms have subsided.  This is in order to recover fully and to avoid spreading the virus to other healthy individuals.

However, due to CSUN’s strict attendance policy for the first week of school, many sick students could be wandering the campus. The policy states: “Students absent from the first two meetings of a course that meets more than once a week or who miss the first meeting of a class that meets only once a week lose the right to remain on the class roll.”

Experts are undecided on how severe this flu season will be. Some argue that we may have already seen the peak of influenza activity, while others say that it is too early to tell.

“It’s hitting earlier than it has in the past, so it’s yet to be determined if it’s worse than last year,” Gallup said about this year’s seemingly rampant flu.

Hospitals across the country reported overcrowded emergency rooms and widespread flu activity in more than 40 states. Some areas have even declared a state of emergency due to the amount of people suffering from the virus.

Despite the hype, Gallup maintains that prevention of the flu is simple:  “The best prevention above everything else is good hand hygiene.”