Horror movie remakes are on the rise 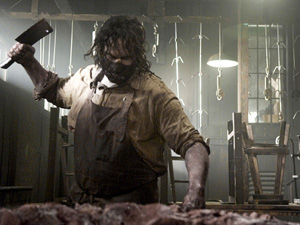 "Texas Chainsaw Massacre: The Beginning" is just one of the many remakes, prequels and sequels made about the franchise. Courtesy of MCT

In a world where directors no longer want to come up with new ideas, directors as creative as Tim Burton are coming out with nothing but remakes. Horror films have been amongst the most popular to remake.

Considered to be more of a continuation than a remake, the new release of “Texas Chainsaw 3D” allows horror fans to see a version of their favorite old film in 3D form. Whether this is good news or bad news is another issue. “Texas Chainsaw 3D” has received unsatisfying reviews, perhaps proving another flop in this industry.

Other somewhat recent and disappointing 3D horror movie remakes have included “My Bloody Valentine 3D”, Piranha 3D” and “Night of the Living Dead 3D”. All of which were released after 2000.

While it’s true that this provides a new and interesting way to see these classics, it’s important to remember the difference between them.

As more remakes continue to be made, they aren’t always 3D. Some of these remakes just attempt to tell the same story in a different way.

A good example would be “Fright Night”. The film about a vampire who has moved next to a young boy who soon suspects him of being a vampire, upset many fans at the very notion of a remake. While both the original (1985) and the remake (2011) tell this same story, they do so in different ways. Both feature unique characters that add to the story in different ways. The original is cheesy, knowingly, while the remake tends to rely on characters for comic relief.

Another recent remake, “Nightmare on Elm Street” (2010), attempted to add to the original film’s story line. While the original film seemed to have a stronger focus on gore and thrills, the remake added a background to Freddy Krueger’s character. This provided motivation and even purpose to Freddy’s actions, something the audience didn’t have before.

With new technology, filmmakers are able to do things they never were before. The use of computer-generated images (CGI) has allowed filmmakers to rely more on visual effects and less on props.

The overt use of CGI has upset many fans and made room for some poor looking effects. While it makes for a good comedy, the poor use of CGI in “Piranha 3D” exemplifies that relying on these effects isn’t always a good idea or technique for a true horror movie.

As many fans gripe about new horror directors taking advantage of CGI, it has been a huge relief to hear that the upcoming remake of “Evil Dead” directed by Fede Alvarez will contain no CGI at all. That’s right, none.

Alvarez’s desire to stick to the bloody, grimy roots of the original “Evil Dead” film has been well received by many fans and may even prove to be a successful remake. Horror fans all over the internet are expressing their curiosity.

On one hand, it is exhausting to hear that the newest horror release will be just another remake of a story we all already know, but it can be interesting to see the different ways these films can be interpreted.