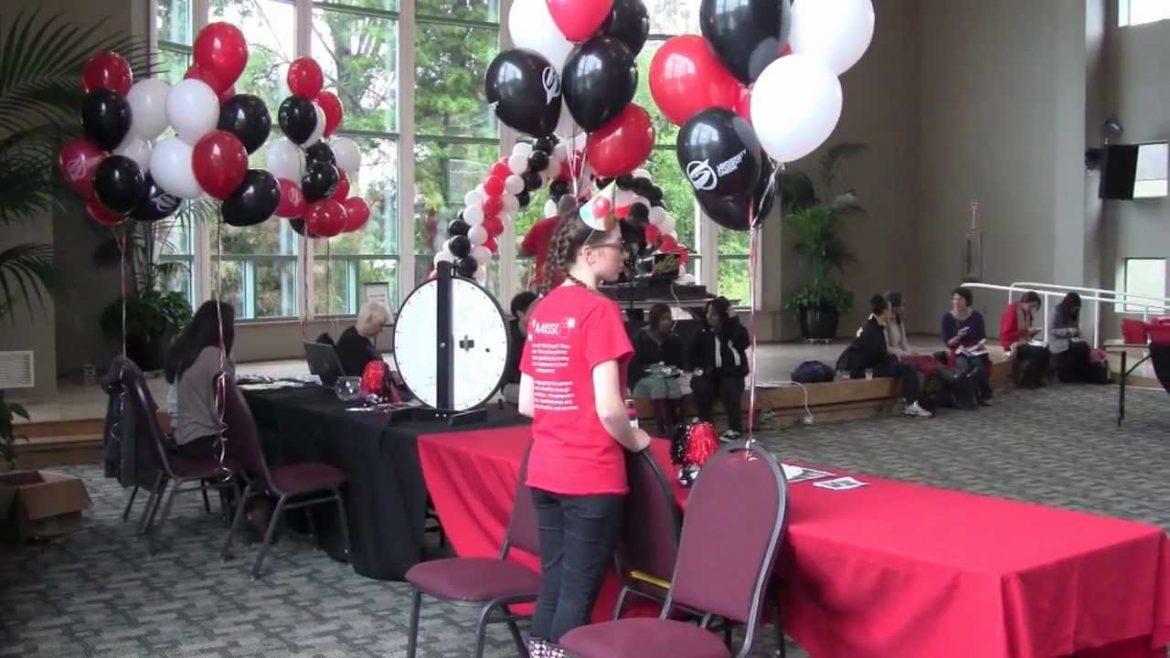 The University Student Union welcomed CSUN students back for the semester Thursday with their Spring Kickoff. The event, originally scheduled to take place in the Plaza del Sol, was held inside at the Grand Salon because of the rain.

“We want to welcome students back to school and show them what we have to offer,” said Marlene Orozco, a USU student employee.

Students hurried out of the rain and into the Grand Salon as the doors opened at 11:00. The spacious room was decorated with red and black balloons and lined with different tables and activities. A popular stop was the free photo booth where students could don hats and take pictures with their friends.

School mascot, Matty the Matador, made a surprise appearance, dancing on stage with DJ MaL-Ski and posing for pictures with students.

Red Rally foam fingers were given out to students who won at the air hockey table and at the basketball shoot-out game. Students also scored free t-shirts at the Red Rally table where they were encouraged to come out and support their CSUN teams.

Chelsey Becker, a sophomore criminology major, said she was especially looking forward to the craft table and taking pictures with her friends in the photo booth.

Lines were long, but moved quickly, at stations where students could pick up some nachos and hot dogs. Friends enjoyed their free lunch at tables set up near the windows while DJ Mal-Ski kept the party mood going with upbeat dance tunes.

Students also had the chance to win some valuable prizes including gift cards to the university bookstore and MataMoney dining cards.

The event was also a chance for the new Student Recreation Center to celebrate it’s one-year anniversary.

SRC student employee, Sally Harrison said they would be opening the new astro-turf field in March where students will be able to play ultimate frisbee, flag football and soccer. Students were also invited to celebrate the SRC’s first birthday by coming to tonight’s 6:00 pm power yoga class.

Shanell Tyus, USU Events Manager, said the day was a chance for students to “get refocused on school and get jazzed about the semester.”