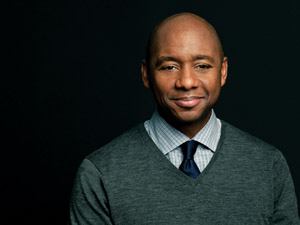 One of the most reverend instrumentalists of his time, Marsalis is a well-known jazz soloist with many classical ensembles. Not only is he an instrumentalist, he is also a composer.

The legendary saxophonist was the composer of the original music for August Wilson’s Tony Award-winning Broadway play, “Fences.”

In 2002, Marsalis founded his record label “Marsalis Music,” where he produces his own music and the music of upcoming Jazz artists.

Marsalis is the leader of one of the most talented jazz quartets with Joey Calderazzo on piano, Eric Revis playing the bass and Justin Faulkner on drums.

Their first release was “Four MF’s Playin’ Tunes.” This is the first recording with Faulkner, who joined the group three years ago.

Marsalis has recorded and performed with many remarkable jazz artists such as Miles Davis, Herbie Hancock, Sonny Rollings and Dizzy Gillespie. He has also collaborated with diverse artists such as the Grateful Dead and Sting.

He won the 2010 Drama Desk Award for “Outstanding Music in a Play” and was asked to score the 2011 Broadway premiere of “The Mountaintop,” starring Angela Basset and Samuel L. Jackson.

Marsalis was also an actor in different popular films such as “School Daze” and “Throw Mama from the Train,” and provided music for “Mo’ Better Blues” and many other films.

Marsalis also hosted the National Public Radio’s syndicated “Program Jazz” set and was the musical director of the Tonight Show with Jay Leno for two years.

This innovative artist was committed to changing the future of jazz in classrooms by speaking at Stanford, San Francisco State University, Michigan State University and many other universities.

Marsalis Jams is a program he designed where jazz ensembles present jazz sessions. Marsalis Jams has visited campuses located in various areas such as the Mid-Atlantic and Southeast.

The cost for tickets varies depending on seating. It will be $77 for orchestra, $62 for parterre and $47 for loge. All tickets include a facility fee of $2, which is already included in the listed prices.

Children 5 years and older are welcomed but must be accompanied by an adult.