Don’t fool yourself, It’s not private 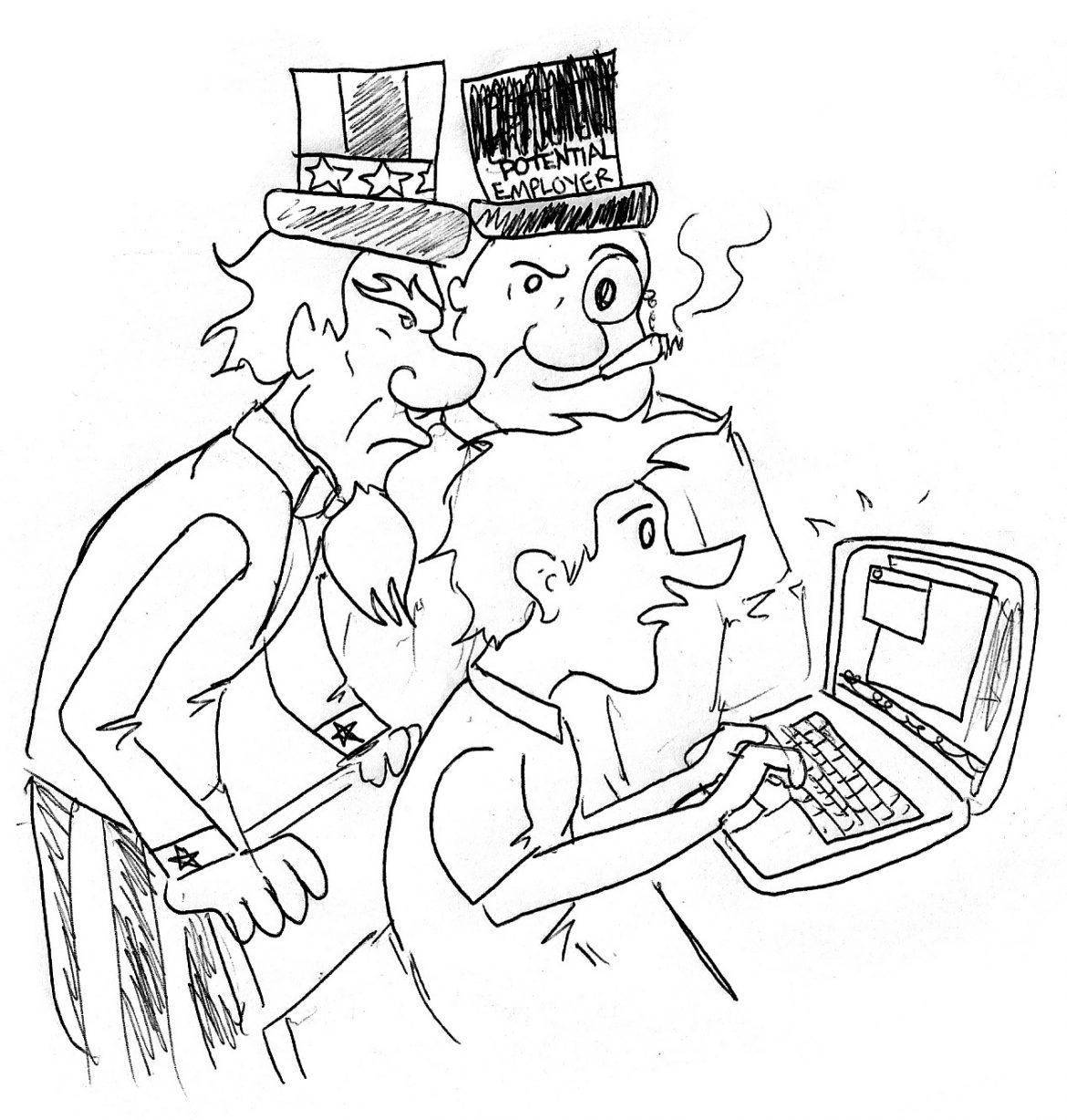 It’s impossible to graduate college without the Internet. It’s almost as hard to maintain a social life without it. Search engines are replacing encyclopedias while smartphones are on par with food and drink. Almost everyone in the developed world is online. The Internet is the technology that has become a staple in virtually all walks of life, while also being the technology that has allowed privacy to fall by the wayside.

The privacy of the Internet has been a pressing issue for years now, whether it be under attack from hackers, spammers, censorship bills, employers, the U.S. Patriot Act or simply our obsession to blindly share personal information on a publicly accessible network of data.

Regardless of the precautions taken, whether it be setting a Facebook profile to private or clearing the browser’s cookies, it is not logical for people to expect the content they browse or the information they share to actually remain private.

At the forefront of the privacy-stripping game is the Department of Homeland Security’s Patriot Act. It’s a red herring of legislation that screams “terrorist” and allows police organizations to step into the telephone calls and online activity of the United States.

“We have checks and balances against the government,” said Bernardo Attius, chair of the Department of Communication Studies, in regards to the various privacy issues surrounding the Patriot Act.

“We
may not be using them well and I think we should use them better, but at least
the constitution provides those things,” Attius said.

The checks and balances provided by the U.S. judiciary system are a cute notion, and when organizations such as the Electronic Privacy Information Center (EPIC) decide to use them efficiently, seemingly good information can come to light.

EPIC filed a request under the Freedom of Information Act to obtain the list of keywords and phrases used by the DHS to track suspicious online activity. After winning the ensuing legal battle, EPIC posted this formerly classified information online.

The list includes the obvious red-flag terms most would expect: “terrorist,” “assassination” and “pipe bomb.” But, it also includes mostly innocent common words: from “cloud” to “exercise” to “metro.”

In the name of fighting terrorism, the federal government has taken the liberty to compile a list of cautionary words broad enough to cover virtually every citizen. A simple update to your social media status with a caption to a picture reading, “The beautiful clouds in the sky during a light jog to the bus,” raises red flags and immediately puts your private information at risk for surveillance.

If the ludicrous reach of the Patriot Act can transform an out-of-context keyword posted on a social network into a potential terrorist threat, we’ve reached the point where unreasonable searches referred to in the Fourth Amendment, are nothing more than empty words.

While the destruction of a constitutional amendment is a broad idea to grasp in the average persons everyday life, then maybe the scandalous practice of workforces trying to look into applicants’ life results in a concentrated punch to the face of potential employees right to social privacy.

Employers snooping around Facebook accounts is a trending issue that has become nearly as popular as the run-of-the-mill background check.

On the first of this year, both California and Illinois joined Michigan, New Jersey, Maryland and Delaware with legislation prohibiting employers from demanding such passwords for Facebook and other social media accounts.

That still leaves the country with a mass of 44 states where there is no clear laws preventing an employer to require all interviewees fork over their sensitive social network log-in data or risk not getting hired.

Background screening firms like Social Intelligence Corp. even assist their clients in gaining “a deeper insight into both professional and personal characteristics of potential employees, identifying negative behaviors and activities.”

They help corporations glimpse into your private, nonprofessional, out-of-the-workplace personal life–where nobody expects their boss to be watching and determine your competence as an employee. Being tagged in a 3-year-old photo snapped at a backyard kegger may just be enough to prevent some from landing their dream job.

Even the most private of profile settings may not be enough to filter your digital trail. The settings offered by Facebook could help keep the typical computer user at bay, but those who are computer-savvy understand there are ways to bypass such blockades.

Unfortunately, even if new social media privacy measures are enforced or congress decided to pass the Password Protection Act or similar legislation, it wont be enough. The Department of Homeland Security’s “keyword watchlist” is already public and the information shared with social media remains readily available to prying eyes.

In today’s digital world, the Internet and privacy can simply not be used in the same sentence. Information meant to be private would ideally remain that way, but once you go online, you become an open book for everyone to read.

Information stored in millions of servers, in the cloud and worldwide, however, just cannot be assumed private, regardless of the precautions you take. The information posted and shared online is just too accessible.

For the time being, online privacy is merely a theory. The web should be used with that in mind.