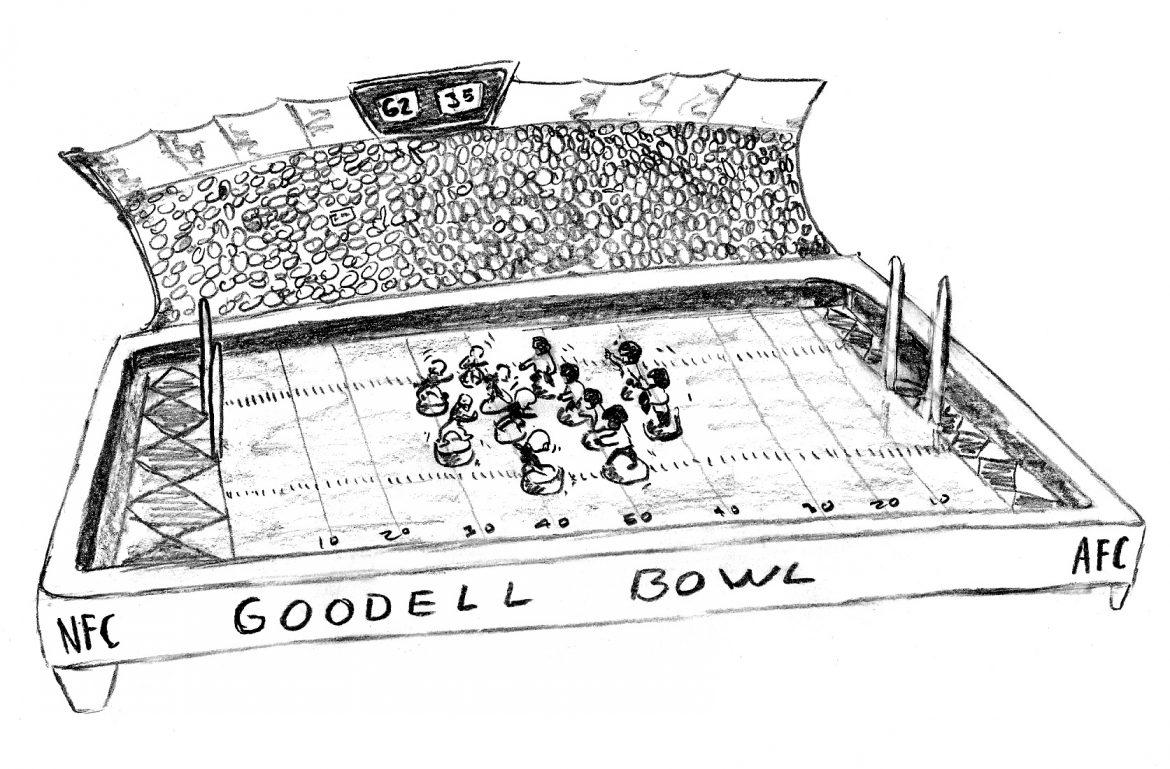 This season’s Pro Bowl was a far cry from the uninspired spectacle of the 2012 NFL all-star showcase. In case you missed it last year, the idea of playing defense never seemed to be considered by players. For many plays, they would take a few steps and then stand idly by watching as the offense put up a display. Al Michaels put it best, when he compared the defensive line to a game of old electronic shuffle football in Sunday night’s pre-game analysis.

Maybe defensive units would have been better served to just sit in the stands with fans and cheer on the two offensive squads. Or, how about changing the rules and have both offenses on the field at the same time? See who can score the most points in the three-plus hours it takes to play. At the very least, throw in some tigers and turn it into a gladiatorial bonanza.

So, onto this years annual spectacle of meh: The NFC was a powerhouse and trounced the AFC 62-35. That’s it.

Looking at what the actual game presents to the fans, it ends up being a big pile of nothing. The best moment from Sunday night’s event were in the spirit of the game and didn’t involve any athletics.

In an emotional reunion, retiring center Jeff Saturday switched from the NFC to the AFC for a single play to give one last snap to his old teammate at Indianapolis, Peyton Manning. It was a fitting tribute, but it’s sad that it ended up being the single best highlight from the entire affair.

Of course, Doug Flutie’s appearance on the field as a sideline reporter was his best since his epic Hail Mary at Boston College.

In an effort to spice up the interactivity, the NFL opted to post Twitter stations on the sidelines. What gems did the NFL players tweet out?

“#BMS,” from the Steelers center, Maurkice Pouncey. He’s actually pimping the abysmal college football show Blue Mountain State. It was just cancelled. Maybe he’s a fan. Well, maybe another player can give their insight into the game.

The Commissioner of the NFL, Roger Goodell, made it clear that the Pro Bowl game was on the line if play didn’t improve from last season. While there was marginal improvement, the game still needs to be canned. Instead, use the extra week to add another playoff round. Let teams that displayed a middling season record but maybe were more talented than the record showed have a chance. It can’t hurt to try something new.

As it stands now, the Pro Bowl is a joke and no matter how many Twitter stations are erected or goofy plays are tried, the game is already tainted from its past mediocre offerings.