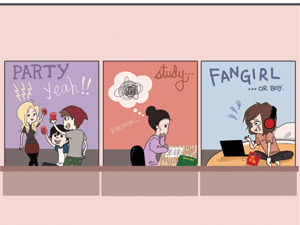 The Student Housing Department has confirmed plans for the construction of two new Freshman Suites buildings, projected to open in 2015.

Timothy Trevan, Student Housing president, said the Student Housing Department is currently in the final stages of signing contracts for design plans for the new buildings, which will have 400 bed spaces.

Some students, like junior CTVA major Devone Day, 21, are eager for additional housing to open.

“Applying for dorms is not enough,” Day said. “My friends have been put onto a wait list, and our campus is expanding everyday with more freshmen coming in. CSUN can benefit from creating more housing.”

Trevan said the wait list can have as many as 800 students who want an on-campus apartment for fall semesters, and credited the demand to the high amount of incoming freshmen each year.

Senior psychology major Amani Williams, 22, said she is less concerned with the amount of housing and more worried about the cost.

“I don’t think students need more housing other than what they have,” Williams said. “It will suffice for students. I just think it needs to be affordable.”

Regarding the cost, Trevan said no university fees will contribute to the new housing projects and the money will come only from housing fees.

“Housing is a completely stand alone enterprise. We are actually contributing a major portion of (the money) from housing reserves, and we planned years ahead so we could have a cash down payment for this construction,” Trevan said. “We are financing a little over half, (and the reason we finance) is because it keeps our debt service down, so we can keep our student housing fees low.”

The estimated cost is about $33 million, which includes costs for new furniture, 400 bed spaces, 60,000 square feet of community space and meeting rooms and a learning center for group studies tutoring, Trevan said.

The new buildings will have the same design as Mariposa Hall (building 16) and Toyon Hall.

Sophomore kinesiology major Kira Garland, 19, said her drive to campus is a hassle that could be prevented if she lived on-campus.

“I commute from my apartment, and it’s more trouble to come to school everyday. If there were more housing, it would be easier,” Garland said. “I’ll be at school more, study more and get better grades.”

Trevan said other ongoing renovation projects are currently in progress and the student housing department is aware that other buildings need attention.

All of the heating and air conditioning units, hot water heaters and roofs of 11 student housing buildings have been replaced. There are four buildings left that will be renovated this summer, Trevan said.

“We’ll continue to do other projects to keep the current buildings in the best possible shape as we work towards our new construction as well,” Trevan said.

Melissa Giles, associate director for Student Housing and Conference Services, said all housing rates will increase by 5 percent, so the new housing units will match the higher price of the old units.

“We typically raise our price by 5 percent each year,” Giles said.

Analysis and planning for this project was already underway when President Dianne Harrison started her presidency at CSUN, said Trevan.

The department surveyed students who live in the current student housing buildings and learned that feel housing provides them with a smoother college transition.

Trevan said the main reason for the new housing projects is to provide more space for students to experience that kind of on-campus community.