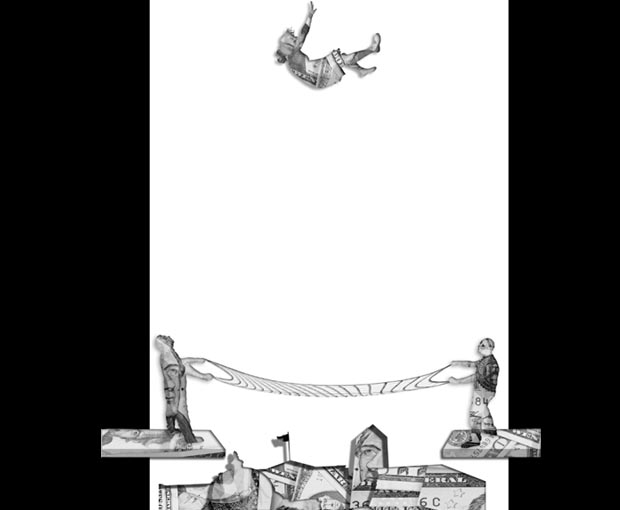 Six senators from the Midwest and East Coast have reintroduced legislation to forgive private student loan debt when an individual files for bankruptcy protection.

The Fairness for Struggling Students Act of 2013 was reintroduced Jan. 23, aiming to reverse legislation enacted in 2005 that allows private student loans to get the same treatment in bankruptcy as federal loans.

Current laws do not allow federal or private student loans to be forgiven, or discharged, with bankruptcy protection.

The legislation would affect Chapters 7, 11 and 13 of the Bankruptcy Code, which are the three main types of bankruptcy that are applicable to individuals.

“Young Americans are being hamstrung by record debt levels,” Durbin said. “Unless we take action to protect borrowers, student loan debt will be the next mortgage crisis.”

Being burdened by student loan debt affects students’ ability to stimulate the economy through major purchases such as buying a home, he said.

If passed, hundreds of CSUN students would have the option to discharge some of their student loan debt.

“As of the 2011 Annual Report, 459 students have private loans,” said Armenka Khashmanyan, assistant director of counseling and customer service in the financial aid department. “This amounts to almost $4 million in loans.”

Some students feel discharging student loans in bankruptcy would be an escape from paying down the loan.

“I think this would help a lot of people,” said Verenice Ramirez, senior psychology and child development major. “Are there even any jobs for us after we graduate to pay student loans with? It would be nice to get done with school with a fresh start.”

Dr. G. Michael Phillips, professor of finance and the director of the Center for Financial Planning and Investment, said bankruptcy protection of private student loan debt would have greater consequences than making students pay back those loans.

“You want to see a major financial catastrophe, tell banks all those student loans aren’t collectible,” Phillips said. “What bank would loan money if they thought there was no chance to get paid back?”

The act would make the financial situation of college students far worse in years to come, he said. This is because requirements to be eligible for a loan would be so strict that most students wouldn’t qualify.

If this act passes, disparities in which students get private loans could also occur based on a student’s field of study, he said.

“Communications majors don’t make as much money immediately after graduation as engineering majors,” Phillips said. “Banks could begin to loan (money) only to students with majors that will earn higher salaries.”

Phillips said the act could be politically motivated.

“This is politically very appealing,” he said. “The act treats symptoms today, but it doesn’t look beyond the surface.”

Dr. Linda A. Bradley, assistant professor of consumer affairs, said any student should be wary of filing for bankruptcy regardless of whether this act passes.

“Bankruptcy is a double-edged sword,” she said. “It puts a negative mark on your credit, and employers do credit checks. How would an employer feel about hiring a student who has filed for bankruptcy?”

Filing for bankruptcy impacts a person’s credit for seven to 10 years depending on the type of bankruptcy one files, she said. This means bankruptcy protection will still postpone one’s ability to contribute to the economy.

“We’ve heard the argument that it will be more difficult to take out loans if you file for (student loan bankruptcy protection), but before 2005, this wasn’t the case,” she said.

CSUN students have mixed opinions on whether or not this act should be passed.

“What if people start taking loans because they know they’d be discharged?” asked Hetty Diep, junior art major. “People should have to take extra steps to prove they really need the loans.”

Phillips said there are much better solutions to solving student financial issues than bankruptcy protection.

“The major sufferers from loan repayment are students who drop out of college without a degree because of financial issues,” he said. “Students who take Finance 102, Financial Literacy, and 302 and Personal Finance have been better prepared to manage their (loans and spending).”

“I consistently get fan mail from students who took 302,” he said. “They say they are saving a lot of money.”