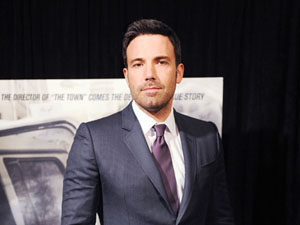 Hollywood studios have two purposes at heart in making films. One is to make money and a distant second is to make art.

If it is a revenue seeking endeavor, studios pump up the film with as many box office stars as possible. Most often the goal isn’t to make great art when a blockbuster is concerned. If that happens it’s great, if not, well don’t worry a studio does feel obligated to invest some of those large dollar incomes into a few select scripts that do have artistic potential.

This Oscar season there are a number of political pieces to wrap our heads around ranging from the 1860’s to the funky 1980’s and contemporary 2000’s. Each film, “Argo,” “Lincoln,” and “Zero Dark Thirty,” contains a very distinct tone about their era, leaders, and main characters.

The title character of Abraham Lincoln enriches the story with his anecdotes. For every occasion he has another story to tie in, adding comic relief. “Lincoln” encompasses the last four months of the 16th president’s life, focusing on the president’s attempts to pass the Thirteenth Amendment before the war ends and slavery resumes.

“Lincoln” has relevance today, especially since the release date coincided with the 150th anniversary of the Emancipation Proclamation. Parallels are found between the fight of the Civil War and Lincoln’s attempt to pass the 13th Amendment to change the course of history and current problems of equality in the U.S.

“The slaves have been freed, but metaphorically speaking it is representative of contemporary issues: gay rights and the immigration issue,” said cinema and television arts professor Jon Stahl.

The executive branches of government show similarities from the 16th president’s to now. According to Stahl, President Obama’s belief that President Lincoln was a great politician has led to their analogous style.

The book “Lincoln” held close the concept that Lincoln surrounded himself with people whom held opposing opinions to himself.

Obama now is filling his cabinet likewise. The president is trying to achieve things now that will alter the nature of government for some time the way Lincoln did for his era, according to Stahl.

Yet, I feel that those are enormous shoes to fill and we can’t make those comparisons until years from now. As my history professor always told the class, we can’t fully understand history until decades later. Although that might have just been her excuse to only teach us up to the 1980’s in U.S. history.

Honestly, I feel that “Lincoln” is extremely relevant with immigration laws in question and gay rights issues prevalent in society.

Steven Spielberg’s film stayed on the top ten box office list for nine
consecutive weekends, but never cracking the No. 1 spot. It did gross
more than “Zero” and “Argo” with a whopping $176,726,000 in domestic box
office. Obviously “Lincoln” was the most expensive film of the three to make and we would expect nothing less of Spielberg, but personally I believe “Argo” depicts a more comprehensive story with perfect moments of suspense, drama and comedy.

Compared to the other two political choices this year, “‘Argo’ was an odd duck,” Stahl said, but didn’t feel it was less than a golden goose.

“It is the most entertaining and cohesively dramatic narrative,” Stahl said.
“Argo” tells the tale of a declassified CIA operation, led by Antonio Mendez, to free six Americans who fled from the captured U.S. Embassy in Iran.
“[Argo] as much as reveals the politics within the intelligence community and the relationship between the intelligence community and the elected officials, the White House primarily…and how the CIA might act,” Stahl said.

In “Argo” the Secretary of State, represents the administration, places pressure on the CIA and instead of fighting back, the agency pulls the plug on the operation. Stahl and I agree that these interactions between politics and intelligence greatly impacts decisions concerned with national security and current issues of this generation.

“Argo” has hit home with the viewers seeing how it was No. 1 in the box office after its third week and remained on the top ten chart its first seven weeks. Argo’s script sets the tone for each scene, that’s sequenced appropriately, and tactfully
discloses the back story of countless characters with such ease.

Whereas “Zero Dark Thirty” tries to embody too many film styles and succeeds at none while bouncing around eleven years of poorly organized events. The film depicts the loosely fact-based events of the Osama bin Laden manhunt. The story follows passionate CIA agent Maya who works for her entire career on the case.

“Zero Dark Thirty’ is the most overtly political of the three. It speaks of current hot button issues,” Stahl said.

While 9/11 will be burned in our memory, ZDT does not portray much if any real concern for the importance of capturing and killing bin Laden except for character Maya’s revenge for the death of her colleagues. Stahl had a different outlook on the film.

According to him, ZDT’s story about ongoing terror and whether torture is an effective tool perfectly connects to today’s issues. It seems to be a glorification of torture or at least the justification of torture. “Zero Dark Thirty” had a poorly linked sequence.

“The causality was a bit soft. It should be in every well-constructed drama,” Stahl said.
Though it wasn’t the greatest piece of filmmaking, ZDT resonates with the current issues of today. It contains the story on everyone’s mind the moment the news broke that bin Laden had been captured.

“‘Zero Dark Thirty’ is so ripped from the headlines and so current, dealing with fresh issues…it was inevitable,” Stahl said.

This is shown in its box office rank of No. 1 after its nationwide release and following seven weeks on top ten charts.

I believe ZDT had good intentions to convey this story, but did not accomplish what they hoped. Even though the issues are relevant they did not execute the message.

Instead of focusing on the death of the terrorist who took all of those lives on September 11th, 2001, the story showed a woman who spent her whole CIA career with one task and her desperation to succeed. Never showing that the mission was most important to keep our nation safe and right a wrong.

ZDT needed to choose between espionage, action packed battle and the story behind a woman finishing the mission of the decade.

If nothing else, this year had thought provoking films that made each audience member reflect on times we’ve been through as a country. Hopefully our generation will learn from our history that government is a bureaucracy that will not always achieve efficiency.

There need to be people like Tony Mendez to tell the CIA he will be taking the Americans to the airport because it is his responsibility to transport them home safely. People must push on as each lead dries up and leaves the mission at square one such as Maya. We need leaders with Lincoln’s will, to hold the South at bay to sway the democratic vote to pass the 13th Amendment before the end of the war.