New anti-discrimination order goes into effect for all CSUN clubs 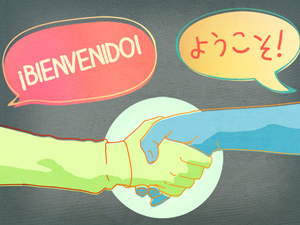 Last fall, a small but significant change went into effect concerning how student clubs in the CSU function.

Executive order 1068, known as the “all-comers policy,” is an addition to a provision from Jan. 30, 2006 that made the university’s inclusion policies official for all clubs.

An accommodation was made for fraternities and sororities to accept members based on gender in Title 5 of the California Code of Regulations.

The new anti-discrimination policy addresses who can run for office in CSU student clubs and organizations. It also expands the non-discriminatory policy into an open membership requirement.

“There was still the potential of student organizations to limit membership and who could run for officer positions,” said Ray Murillo, associate director of student programs. “For example, it was open for a student organization to say, ‘We only want students who wear red shirts in our club.’ The All-comers Policy protects everyone, not only protected groups, but everyone.”

The new policy ensures that anyone can become a member or an officer of any club. No one can be excluded, even if they are not a member of a protected class.

Other potential applications would be for political clubs that might require members to register with a party or religious clubs that could have required members attend a particular church. Murillo said there was no particular incident on a CSU campus that prompted the policy clarification.

The all-comers policy was adopted to bring CSU schools more in line with similar policies within the UC system, Murillo said.

He said this addition will protect the university and students from possible litigation. Since both UC and CSU schools receive money from the state of California, it is important that their anti-discrimination rules protect all students.

Murillo said there had been litigation brought against the UC system by students who felt they were excluded from certain clubs in the past, but had no protected status.

Brande Hoofkin, 22, president of the Black Student Union and kinesiology major, was unaware of the updated code from the chancellor.

“I don’t believe these new rules will change our organization in any way. The Black Student Union has always been open to members of all genders, races and sexualities,” Hoofkin said. We have had people of different races become members attend our meetings regularly and even serve on our executive board, so this has never been an issue for us.”

The new provision also includes an update to academic requirements for all members wishing to run for office. Clubs may require that officers maintain a minimum grade point average of 2.0 and be currently enrolled in at least six units per semester.

Alina Sarkissian, 26, president of the Armenian Student Association and business management major, said she had heard about the new provision and that she was looking forward to meeting with the Matador Involvement Center about what it will mean for her club.

“I’m on board with it as long as they’re doing it for the right reasons,” she said. “(They) would be to make sure there’s no fraud going on or that there are no students who aren’t in a good place academically to run a club.”

Murillo said the new addition to the policy would not open clubs up to harassment from those with different political or social views. Every club should have provisions in their constitution regarding behavior, he said. If they do not, student organizations should bring any issues to the office of student affairs.