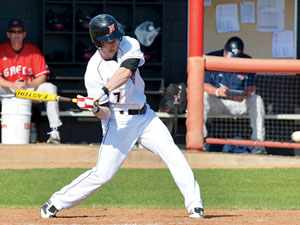 The Los Angeles Angels of Anaheim made a huge mistake Saturday when the team renewed the contract of superstar outfielder Mike Trout to a meager annual salary of $510,000.

The increase to Trout’s contract is only $20,000 above Major League Baseball’s minimum salary for players, which is $490,000 a year. Unable to reach an agreement on a multi-year deal during negotiations, teams are allowed to assign a salary number to their players.

What Trout did last year was nothing short of unbelievable. That is why the Angels made a huge mistake by increasing Trout’s salary by such a small amount — it was an insult to what he has done so far.

Last year in his first season in the MLB, the 21-year-old phenom put together one of the most historic seasons for a rookie. He batted .326 which ranked second in the Amercian League, and fourth in all of baseball.

Trout scored 129 runs, which ranked him first in the MLB by 20 runs than the next player. His total broke the Angels record for most runs scored in a season by surpassing Vladimir Guerrero’s 124 scored in 2004, and broke Wally Joyner’s rookie record of 173 hits.

He also belted 30 home runs, had 83 RBIs, led the MLB with 49 stolen bases and had a .963 On-Base Slugging Percentage. This type of performance earned him numerous awards and accolades as Trout unanimously won the AL Rookie of the Year award, AL Silver Slugger award, an All-Star game selection and finished second in the AL MVP voting behind the Detroit Tigers’ Miguel Cabrera.

Trout is one of four players, including the youngest in the 30-30 club, in MLB history to have at least 30 home runs, 40 stolen bases and 125 runs scored in a single season. He is also the youngest player to hit at least 20 home runs and steal at least 40 bases in one season.

And lastly, after Trout was called up three weeks into the season the Angels complied a 83-59 record, which was best in the American League.

Trout is a once in a generation baseball player. He can do so much on the field to impact a game by using his bat, glove and legs. He is a legitimate five tool player who is only going to get better.

My question to the Angels is: what were you thinking? Are you willing to lose out on your ball club’s center piece for the next decade or longer?

Why not pay Trout at least an annual salary that is similar to that of last year’s NL Rookie of the Year award winner Bryce Harper, who is making $750,000 a year?

Trout is worth that kind of pay raise, which I believe would have shown him that the team appreciates what he has done so far for the organization and it would possibly make his arbitration process in 2015 a lot smoother and quicker.

Already dealing with a difficult offseason that has Trout changing from his primary position at center field to left field in order to accomadate Peter Bourjos, the Angels must hope that Trout does not take this disappointment of a contract renewal to heart.

His agent, Craig Landis, has voiced his displeasure over the contract situation and his changing of positions, while Trout has remained upbeat and positive throughout the process. The Angels can just hope that none of this affect his decision making process when he becomes a free agent. If it does, this could become a move that the Angels organization could come to regret.