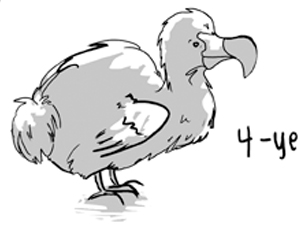 Oh, the myth of the four-year college degree.

While many anecdotes about education prices going up permeate our campus life, a new study shows that the feeling holds some weight in reality. On average, about half of undergrad students in the U.S. manage to earn a degree in six years. Consequently, the four-year graduate is going the way of the unicorn and leprechaun. The end result is an unmotivated person with a major misstep in life when they jump-start a career post college.

According to a new report from the National Student Clearinghouse Research Center, only about half of students enrolled in an undergraduate program in the U.S. in 2006 had graduated by 2012. The rates were a little better for California. The total completion rate for the golden state was about 66 percent. Almost 20 percent of students were still enrolled after the six-year mark and just under 15 percent had given up and dropped out. Sixty-five percent is better than the national average of 50 percent, but any student can see, that’s still a “D” average.
Apparently, Ds still get degrees.

Then there’s this fun little analytic study put out by the California State University Graduation Rates Consortium for Student Retention Data Exchange (yeah, that’s a mouthful). Let’s just use the acronym they have on the website, CSRDE. They track retention rates at all the CSU schools over a 10-year period and show the results year by year. If you look at the graduation rates after six years, it gets fairly dismal. For the whole CSU system, the six-year graduation rate is 51.3 percent. Ouch. That same number for our campus is (drum-roll, please….) 46.1 percent. Double ouch.

The reality is that it’s just taking us much longer to finish a degree program. Life happens. Money is tight. Many students must work while they go to college. All those hours flipping burgers and answering phones means less time for class. Some of us run into unforeseen problems and take a semester off here and there. Health issues can strike out of the blue and leave no other choice but a lighter class load or taking a break. Returning students are usually squeezing in night classes between a 50-hour work week and family obligations. And sometimes the system adds barriers like, say, an aggressively stunting 13-unit cap per semester.

In the Fall 2012, a new rule went into effect for students at CSUN. We could no longer sign up for more than 13 units in a semester during our registration appointments. Thirteen became the magic number for class units the powers-that-be felt we should be taking in a semester. This was, of course, due to budget constraints and financial pressures being put on the system from our state government.
Now, I’m from the dark ages and all, being a lady over the age of 30, but I recall a time when 15 units was considered an acceptable, full load of classes at college. Now we can’t even register for those needed units until after open enrollment starts. And by then, it’s usually a long shot involving a broken waitlist and a classroom kicking, biting and punching-fest.

All these numbers can make our heads hurt. Here’s a little word problem from back in the day to help:
Question: If Boyd needs 120 units to earn his undergraduate degree in advanced duck calls, how many units must he take per semester to graduate in four years?

Answer: 15 units. (15 units times two semesters a year is 30, 30 units a year times four years is 120. Yes? Yes.)
Question: If the school has capped enrollment to 13 units a semester, how will Boyd graduate in four years.
Answer: He won’t.

Of course, there is the option of taking courses in the summer session to make up those lost four units. But summer classes are not free. More student loan money must be taken out, more debt accrued.
And speaking of debt,we have to pay back all those educational loans whether we actually got an education or not. Uncle Sam wants his money back and he doesn’t care if life got in the way and we never actually earned that degree. So, the rising cost of education becomes as much about higher tuition rates as it does the greater amount of time we spend in school. I’m no math major, but I know four is less than six. Our education would cost considerably less if we could get it done in four years. Oh, the joy of NOT filling out yet another FAFSA form to apply for yet another student loan!

According to the American Student Association, there is a ton of student debt floating around out there. Some estimates have the total amount of student loan debt in this country as high as a trillion dollars and people are having a hard time paying it back. The people who struggle the most are ones who, even after six years, never got to finish their degree. There were 33 percent of borrowers who left without a degree between 2004 and 2009 and ended up being delinquent on their loans. Another 26 percent defaulted. That can really hurt our credit scores. Student debt cannot be wiped out with a bankruptcy and the government has ways of getting its money back.

So, what is a hard-working student to do? It feels like the system is against us in many respects. We can’t rely on support from the government funds of old, and life is always waiting with a nasty little curve ball just when you think you’ve got shit figured out. Still, there is a light at the end of this extended, six-year-long hallway. People do walk across that stage every year and collect their pretty piece of paper. I’ve seen it! Maybe this race is more about endurance than speed, more about a little sacrifice than a party every weekend. At least when you get that degree, you’ll know you achieved a goal almost half of college seniors in this country might not see. And that’s not half-bad.

Michelle Reuter has been working on earning her very own pretty piece of paper for about six years now. She tries not to think about student loans laying in wait after graduation this May.