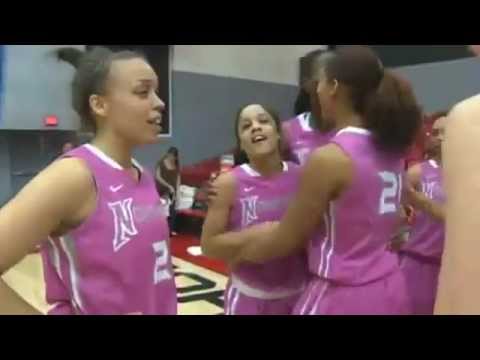 The Matadors (15-15, Big West 9-9) begin their postseason schedule as a sixth seed in the Big West conference tournament Tuesday with a game against the seventh-seeded UC Davis Aggies (12-17, 4-14) at UC Irvine’s Bren Events Center

Northridge split its two games against the Aggies this year, losing on January 17th at UC Davis 61-46 and winning February 16th 51-49 at the Matadome on a buzzer-beating layup by sophomore guard Ashlee Guay.

The Matadors will face a tough UC Davis team, ranked fourth in scoring in the Big West with 59.5 points per game and first in 3-point attempts, while shooting .307 from behind the arc.

“What it’s going to come down to is execution. The team that is most disciplined on the defensive end understands what they need do on every single possession,” Flowers said. “In (the Aggies) case, what’s just as important as the 3-pointers are the back door cuts, post ups and penetration they get out of it because you are so concerned about (them) getting out on 3-pointer. I think they do other things that are just as threatening as their 3-pointers.

Guay was recently selected by College Sports Madness as Big West All-Conference First Team and by the Big West as a member of All-Conference Second Team, the only Matador picked by either outlet.

“She has come in here from day one and worked extremely hard,” Flowers said. “She has proved to a lot of people that she deserves to not only be at this level but to be a very good basketball player at this level. She is woman who embodies everything that is right with being a student athlete. She’s extremely competitive and its good to see that her hard work has paid off and is being recognized by other people.”

If the Matadors win the conference tournament they will clinch an automatic berth to the NCAA tournament.