No one deserves to wear the hat! 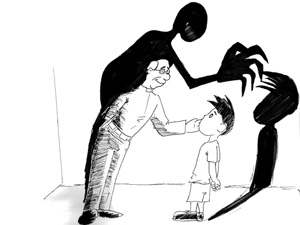 It has been almost eight years since the papal conclave elected Pope Benedict XVI as the pope to fill in the shoes of the deceased John Paul II. Following Benedict’s resignation, the papal conclave has elected Cardinal Jorge Mario Bergoglio as the new pope, however there have been a number of controversies during Pope Benedict’s tenure that will still likely affect Bergoglio. Not only should the abuse scandals be more newsworthy than the selection of a new pope, but we need to question the very idea of having a pope if that office ends up being a tainted ground of cover-ups and misguided politics.

With the papal conclave having selected a new pop yesterday, there has been a lot of attention on the sex scandals that have rocked Vatican City. One in particular was a sexual harassment scandal that happened in Wisconsin. According to the New York Times, Father Lawrence Murphy was suspected of molesting almost 200 boys at St. John’s School for The Deaf in St. Francis, WI. It is suspected that the Vatican never chose to act on these accusations and Father Lawrence Murphy was unpunished and died in 1998.

Though Benedict was not the current pope in 1998, he was in fact ordained as a cardinal in 1977. Cover-ups like these are suspected to have taken place by Benedict even during his papacy. Many abuse scandals emerged during his papacy as victims accused him of covering them up.

Whenever there is a case of victims of sexual abuse breaking their silence, there is usually some scrutiny involved. The Vatican being the Vatican, is such a popular and higher power that it would be easy to claim that victims are lying about these crimes in order to shame the church.

However, Benedict’s eight years of papacy resulted in Germany, Ireland, the Netherlands, Norway, Austria, Belgium and the U.S. claiming victims of sexual abuse by the hands of priests, bishops and cardinals. With all of these alleged victims accusing the Vatican of conspiracies and cover-ups, there seems to be a degree of truth to their accusations.

I was raised Catholic and went to Catholic school during my elementary years. Though I was never abused by the priests at our church, Catholicism began to reveal itself to me as a weak religion. The reason I use the word “weak” is because there are many believers that do not wish to come to terms with the dark side of Catholicism. Their religious organization has been involved in a systematic cover-up of child rapists. It’s as simple as that.

In Deuteronomy 22:28-29, the bible references silver as a proper compensation for the rape of a woman, and the church seems to be carrying that same misguided logic into the 21st century.

That is definitely the case with these priests who have sexually abused children. These molesters can forget that they ever committed these acts because the Vatican also chooses to forget by not acting on it. Benedict has been an expert at doing this; he and the Vatican just reassign molesters to other churches. Instead of terminating priests, they chose to relocate them; providing these monsters with more victims in other locations.

Just like the bible, the papacy was created by man, not god. Believers will argue that god speaks through priests and the pope. However, this can’t be the truth based on the inaction of the leadership and community. If god did speak to the writers of the bible and these “holy men,” then god also condones sexual harassment and rape. If so, is this the god people want to believe in?

However, I believe that god doesn’t speak through these molesters; these molesters speak for themselves and use their power to get away with these scandals. So then, I ask you, why did we elect a new pope?

The new pope, Jorge Mario Bergoglio, is human and humans are flawed. The problem with all of this religious hoopla is that no one wants to admit that priests were made to sin. If we are all sinners, then that makes the priests, bishops, cardinals and pope’s sinners.

Whether you are Catholic or believe in another, or no religion, you should not ignore these revelations. Numerous bishops and priests have admitted to sexually abusing children; one in particular, Oliver O’Grady has molested and raped children since 1973. O’Grady was featured in the Academy Award-winning documentary “Deliver Us from Evil.” Not only did he admit to these sex crimes (his victims as young as two years old), but he also admitted that his church covered up his crimes by relocating him.

According to the Telegraph, only two papal candidates are clean of sexual abuse accusations and covering up sex crimes done by other priests. An association of clergy victims, The Surviving Network of those Abused by Priests, claim that Cardinal Luis Antonio Tagle of the Philippines and Cardinal Cristoph Schoenberg of Austria, were the only contenders that had a record of handling sexual abuse cases with care.

Recently, SNAP released a “dirty dozen” list, which names priests that were being considered for papacy who have either mishandled sex scandals or covered them up. Bergoglio was not on the list, but one cardinal in particular from Washington D.C, Cardinal Donald Weuri, refused to take action in 2010 about Father Walter Salisbury, who was accused of two sex crimes against children. Father Salisbury was transferred to a church in Maine and the church was given no warning of his history.

There is a more than significant chance that Bergoglio might fall into the pressure of covering up scandals that might emerge in the future. This is why I invite you to consider this: how about we have no pope?

The papacy is only an image. The pope is essential in Catholicism only because he has the duty of overseeing cardinals and priests. But, if there has been a history of cover-ups and if there are thousands of victims speaking out, then it is time that we admit the papacy is damned. It is damned because of sin and human flaws, just like everyone else in this world. Honestly, if even the pope can be a part of these conspiracies, then the pope is no one special, just some man pressured by the politics of power.