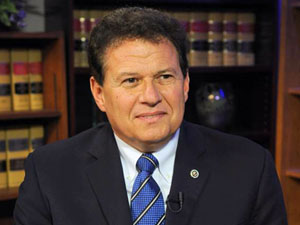 Two California senators announced their plans to bring bills before the state Senate that would provide more online classes for students struggling to fulfill requirements.

The goal of these proposals is to relieve some of the pressure that has been placed on students to get into “bottleneck” courses. Students have reported difficulty getting into required classes due to high demand and often have to postpone their graduation until they can get into the class.

The first bill, SB 520, proposed by Senate President Pro Tempore Darrell Steinberg (D-Sacramento) would make California the first state in the nation to offer students a statewide system of online college courses for credit. The courses will be available across all three state education systems and could be transferable.

“SB 520 would reshape higher education by bringing together California’s higher education system in partnership with the technology that we already use to break the bottleneck that prevents students from completing courses,” Steinberg said.

The second bill, SB 547, proposed by Sen. Marty Block (D-San Diego), would have the academic senates of the California State University, the University of California and the state’s community college systems identify and develop undergraduate online courses that meet requirements for all three systems.

Up to 50 classes could be chosen across all three systems to help alleviate enrollment issues. A panel consisting of nine faculty members would be in charge of selecting the classes and setting up rules for fair midterm and finals testing procedures.

Steinberg stressed that online classes are not intended to be a substitute for traditional classroom instruction. The goal of the program will be to use available technology to open up seats and help students get through college quicker.

Students who are comfortable with the online format will be able to enroll in needed classes, opening up seats in the classroom for students who may need more support in a subject.

Block is also the chair of the state sub-committee on education. He said that the biggest problem he hears about is access.

“Students can’t get into classes from San Diego up to northern California,” he said. “You have hundreds of students waiting in lines outside classrooms because they can’t get in.”

Block said it was important that quality not be compromised in the process. The goal of his bill is to make sure that faculty have control over which classes are offered and that students get the same quality education online that they receive on campus.

If approved, the classes will be hosted by the online education platform, Udacity. Steinberg said that while the education company would host the classes, the curriculum will be in the hands of the nine-member board selected by the school’s academic senates.

While no specific fee has been decided for the new classes, Steinberg said that they would cost no more than a regular class and could cost less. Money generated from online enrollment would be shared across campuses.

“We don’t want to create some incentive to reduce classroom instruction and contract out more of the courses,” Steinberg said.

The two bills will first have to be approved by the state Senate before being sent on to Gov. Jerry Brown for his approval.