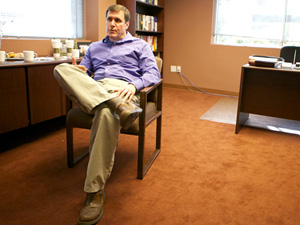 A new bill has been proposed that would freeze tuition for CSUs, UCs and community colleges for the next seven years, which is the entire duration of Proposition 30.

Assemblyman Scott Wilk (R-Santa Clarita) said AB 67 would ensure that the money goes to education as promised by the governor when Proposition 30 was passed.

“For students, this bill means that they are going to know how much their tuition costs for the time they are in college and a lot of times parents help pay for it so it assists them as well,” Wilk said. “For taxpayers, what they get is knowing that when a politician says something during a campaign that it is honored.”

Wilk said the bill came about during conversations about how politicians in Sacramento and Washington, D.C. need to do what they say they are going to do.

“Ultimately, it all comes down to trust and government is about trust so we are just trying to hold everyone accountable to what they said,” he said. “People campaign and say one thing and then they govern another way. If we’re going to have people have trust in our institutions we need to actually do what we say we’re going to do.”

“I voted for Proposition 30 so if we can get lower tuition that would be better than a freeze, but we can’t risk it going higher than it already is,” Hoston said.

Stephanie Thara, web communications specialist for the CSU, said Chancellor Timothy White has no plans to raise tuition this year.

“Governor Brown’s 2013-14 budget proposal suggests an incremental increase in funding for the CSU over the next four years,” she said. “With more state funding, there is a less likely chance for raising tuition.”

Alex Geronilla, freshman electrical engineering major, said she was unfamiliar with tuition costs before the proposition passed, but AB 67 sounded like a good thing.

“I think that education is so important that we can’t not risk passing something like this,” she said. “We want to do as much as possible to have funds for education.”

Thara said the CSU is aware of the bill and is analyzing the details.

“We have not yet established a position on the bill,” she said. “In general, tuition increases give a university system the flexibility to provide access to more students when the state reduces funding for public higher education.”

The bill is just in the beginning stages and is not yet on the ballot, Wilk said.

“I’m assuming this week it will probably be going to the Rules Committee, of which I am the vice chair,” he said. “Then we will determine where it goes next. I’m assuming it will go to the Higher Education Committee and then I don’t know if it will get sent to budget or appropriations but it will be interesting to see.”

Wilk has plans to visit College of the Canyons to discuss the bill and garner support and is hoping to also come to CSUN.

“We are in the midst of drafting a resolution for student governments to consider passing and just gather support so people can support it and hopefully can persuade enough people to vote yes so the governor will sign it,” he said. “The governor has already said he’s going to try to freeze tuition for four years, which I appreciate, but we think it should be the whole seven.”

Wilk said if the bill does not pass, and he is not entirely sure it will, he has plans to raise funds to put it on the ballot because he thinks it is that important.

Hoston said she would like to see AB 67 pass.

“I would vote for it because we’re students and need to save as much money as possible,” she said. “I think people get caught in school because they’re afraid of the lack of jobs.”

Investment in higher education is one reason Wilk has been in support of the bill since the beginning. He said that California is 12 percent of the population but is also 35 percent of the welfare caseload.

Wilk reinforced that one of the purposes of the bill is to hold Gov. Brown accountable to what he said during his campaign for Proposition 30.

“The governor campaigned saying the money was going to go to education so let’s hold the governor’s feet to the fire and make sure the money goes where he said it was going to,” Wilk said.