Adam Carolla to speak at VPAC 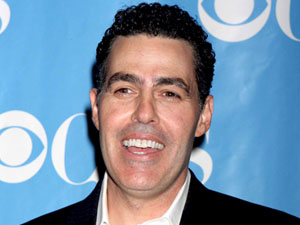 Hearing the same opinions from the same liberal-minded professors isn’t truly learning according to Adam Carolla. He says that is why you should come check out “An Evening with Adam Carolla and Dennis Prager” at the Valley Performing Arts Center this Saturday.

This isn’t the typical VPAC event. There’s no orchestra, no ballet, no theater performance at all. It’s a conversation. Wait, a conversation??

Adam Carolla is most popular for his time on Comedy Central’s sexually charged-yet-lighthearted sketch, “The Man Show,” his own radio-show-turned-podcast. “The Adam Carolla Show” (which holds the Guinness World Record for most downloaded podcast ever), consists of his questionably drunken rants and hilariously blunt, in-your-face opinions.

Dennis Prager is a columnist, author, public speaker and one of the most respected radio personalities of the conservative crowd.

Together, they will share 90 minutes on the VPAC stage in a unique discussion of life, exchanging ideas of philosophy and values surrounding marriage, relationships, kids, politics and whatever else may come up. It’s also followed by an audience Q&A; session – no question is off limits.

“You can actually come out and hear and see Dennis Prager and I and you might hear opinions that you’ve not heard formerly on campus and ultimately that’s the way you learn,” Carolla said. Being told repeatedly what you’ve already heard is not really learning, and I feel at least politically, there’s a lot of that going on on campuses.”

Having been slapped with the conservative sticker himself, partially due to his “Rollin with Carolla” segment on “The O’Reilly Factor” and his “if you can’t afford to have kids, you shouldn’t have kids/if you’re going to vote you should have to produce an ID” ideology, he promises the night won’t be one long right-wing sermon.

“It’s not some sort of conservative forum we do. We just talk life, we talk relationships, a little religion, some politics,” he said. “It really doesn’t break down to a conservative or liberal political talkathon. It’s more about life, values, philosophies, humor.”

In all seriousness, Carolla said it could quite possibly be a life-altering event. At the least, it should be an interesting experience.

Tickets start at $25 and can be bought online at www.adamcarolla.com. The $65 tickets, which include a meet and greet with Carolla and Prager, are sold out (cheer up, there’s still the Q&A;). The show will be March 16 at 8:00 p.m.