MLB Spring Training is a waste of time 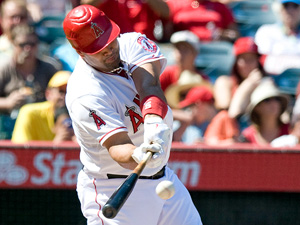 Is it me or is that month and a half span of preseason games called “spring training” a waste of time?

So does that impressive spring training record mean that the Royals are an elite team and a contender for the 2013 World Series? Does the Angels’ atrocious record mean they are out of the playoffs once the season comes around?

The answer to both these questions is a big fat NO.

This is because the simple fact that spring training games do not matter. MLB teams during this time are inviting players and calling up minor leaguers to camp to try and make their 25-man roster, so this means on a game to game basis, you may witness Joe Schmo playing center field for the Los Angeles Dodgers and not superstar Matt Kemp.

These ball clubs are not worried about winning or losing games in spring training. They are worried about how are the players on a team are jelling together. To get a look at a player’s at-bats or innings pitched is the most important aspect for managers to decide on their opening day roster.

Spring training gives players who have undergone off-season surgery or are rehabbing an injury to get at-bats or innings pitched.

Players like the Dodgers’ outfielder Carl Crawford, who played his first game Sunday since getting shoulder surgery in August, and the Angels’ first baseman Albert Pujols, who is recovering from off-season surgery on his right knee, are using these games as a time to get back into baseball form.

As for baseball fans, it is a time where we are concerned about how our new players and returning players are performing individually. I want to know if a batter is having trouble seeing the ball, his bat speed, pulling hits or if he’s already in midseason form. Are the pitchers losing velocity, like Roy Halladay, or are they ahead of schedule and dominating lineups?

So when you look at the records and stats for each team in spring remember this: They don’t matter. What really matters is what happens from April on through November when everything counts.