CSU Board of Trustees discuss online classes and student housing 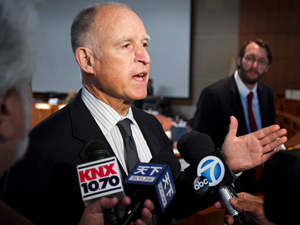 Phase II is an expansion of newly designed housing for incoming freshmen, or the freshman suites, which have been successful in building friendship and community among first-time freshmen, President Harrison said in her presentation to the trustees.

Phase II will include an 88,000 square foot freshmen suite, which is distinguished from the apartment-style dormitories, as well as a 6,000 square-foot community center. The entire project is projected to cost about $3.4 million and will be funded by housing fees and bonds. According to Harrison, and supported by the CSU finance committee, the housing project maintains a good debt ratio without overcharging students.

“The amount we’re charging per student is approximately $5,600 for fall and spring, below the systemwide average of $6,500,” Harrison said. “The students are fully supportive of the additional residence hall because it’s been so successful for our freshmen.”

The finance committee presented their $441.8 million budget proposal following Brown’s commitment of an additional $125 for the CSU in the 2013-14 fiscal year.

Much of the meeting was spent discussing the parameters of the $10 million earmarked for online-only classes for “bottleneck” courses, such as math and science courses that are highly in demand.

This type of online experiment was done at San Jose State University, which began offering entry-level math, elementary statistics and college algebra as part of a pilot program for CSU Online at the start of the spring semester.

The courses which are limited to 100 students each, are similar to others offered for free by other massive online open courses. The key difference is students are able to take these for college credit.

SJSU president Mo Qayoumi said the success rate for the math and algebra courses has been very similar to what we have seen in regular classes. “In the statistics class all of the students completed the program and their average was half a grade above (students in face-to-face classes),” he said.

However, Newsom questioned the finance committee’s proposals and urged the trustees to think in detail of how exactly the $10 million should be spent to make sure online classes can solve the “bottleneck” problem.

“We have got to organize this in a much more thoughtful way before we spend one more dollar and we have to make sure that we get more people on board,” Newsom said. “I appreciate the governor’s willingness to put money up, but for what?”

Carol Shubin, a mathematics professor from CSUN, said that the problem of student access was a question of politics, not technology.

“The state funding for the CSU dropped sharply in 2009 and in protest, the CSU dropped enrollment,” Shubin said. “It thereby sacrificed student fees and tuition, deepening the hole. More students with less state funds could send the wrong message to the capitol. We need to incentivize productivity.”

“We can’t have face-to-face classes all the time, that’s where online comes in,” Brown said.

Trustee Douglas Fagin said that online courses seem like a good idea, but they are not the answer to moving more students through the CSU.