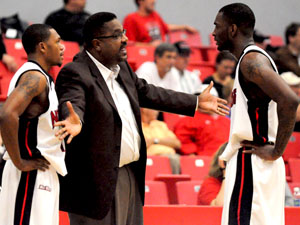 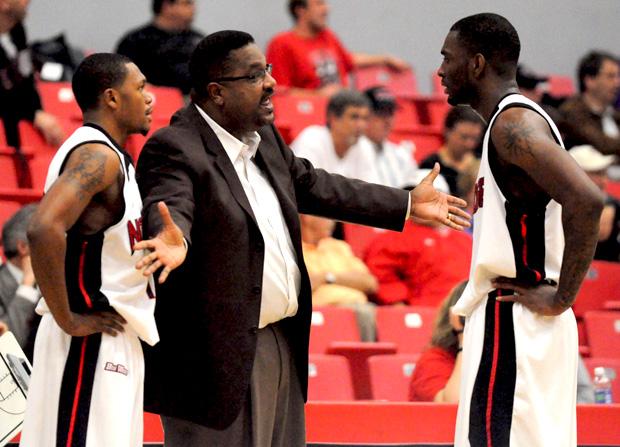 Bobby Braswell was let go from CSUN after his 17th year as head coach, compiling a 251-258 record for the Matadors. File Photo/Daily Sundial

“This was my decision. This is something that I wanted to do and it was based on my own evaluation of the past ten games,” Martin said. “I started evaluating this program from the beginning of my phone interview, because I knew that basketball was the flagship sport, and I knew it would elevate all of our other sports here at CSUN.”

Braswell recently completed his 17th season at Northridge, compiling an overall record of 251-258 and 140-139 in conference play. Named Big West Coach of the Year during the 2008-2009 and 2009-2010 seasons, Braswell also took the Matadors to the NCAA tournament twice.

Despite his achievements, the last four seasons were a struggle for the Matadors. Failing to win 15 games in a season since the 2009-2010 season, Northridge has also missed back-to-back Big West Conference tournaments.

“For me, you want to at least qualify for that (BWC tournament) and when you fail to do that, it’s a red flag,” Martin said. “I’m all about postseason play, I’m all about the kids getting better and that’s where I am trying to move the program.”

Despite parting ways, Martin expressed his gratitude toward Braswell and his contribution to the university.

“I want to thank coach Braswell for his 17 years of service and contributions to our men’s basketball program,” Martin said. “I wish Braswell and his family the best moving forward.”

The national search for a new head coach will start immediately, with Martin focusing on a proven head coach and student-athlete welfare as he looks for the replacement. CSUN was suspended from postseason play during the 2011-2012 season after the men’s basketball team’s Academic Progress Rate report showed a sub par score.

“I’m looking for someone who has instant credibility because kids are receptive to that. Someone who has a track record of success in the postseason,” said Martin. “I am not interested in just going out and competing every year, we need to advance the program and get to the postseason.”

Martin spoke to the team this morning after the decision was made, praising Braswell and reiterating his ultimate goal for the program.

There is no word on whether or not Braswell will coach elsewhere, but Martin expressed his confidence and admiration for the former Matadors basketball coach.

“Coach is very skilled at what he does and I’m sure he will land on his feet whether that’s at  another division one school or a top assistant elsewhere. I have full confidence that he will be okay,” Martin said.

Braswell, who was not present at the press conference and unavailable for comment posted a tweet regarding today’s news.

“Extremely blessed by God for the opportunity He gave me over the past 17 years to touch the lives of so many great young men. Truly blessed,” Braswell said.