Fall Out Boy making a comeback 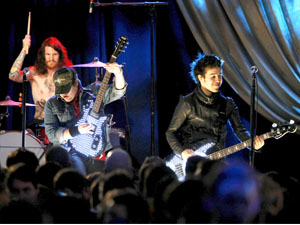 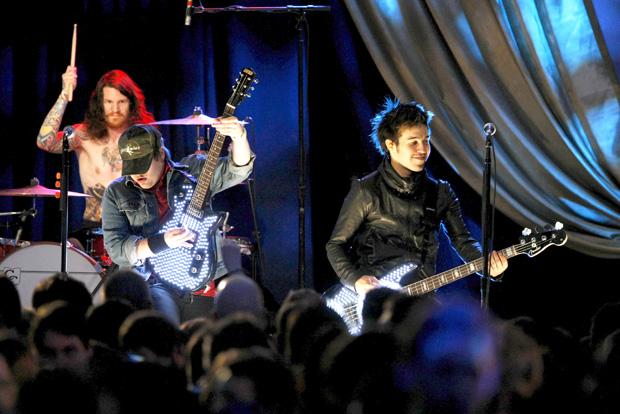 They are the four-man pop punk band that became icons in the field of rock. The Illinois natives broke out from the underground music scene and quickly launched themselves as one the top known rock groups of the last decade.

“Sugar We’re Going Down” and “Dance, Dance” are two of their many singles that reached the highest hits on the Billboard Top 100. Musical stardom was reached during their careers up until late 2009 when they decided to take a hiatus. A temporary break was set so members could have the time to pursue side projects and solo careers.

Fans were devastated to hear about the momentary split where no comeback was expected to arise. The well-missed band is Fall Out Boy and this year they made a loud reunion.

Out of the blue, a commotion was ignited when the artists tweeted that they would be releasing a new album entitled “Save Rock and Roll” on April 16.

As a group of guys who enjoy stirring reckless fun, the four celebrated the end of their hiatus in their hometown Chicago by burning copies of their previous albums.

However, they did not stop there. Fall Out Boy made sure that their return would generate a frenzy of news by releasing a track shortly after the announcement. “My Songs Know What You Did in the Dark (Light Em Up)” is the lead single of their upcoming album.

The new song is a teaser for the band’s innovative sound. Beside the vocals sung by Patrick Stump, Fall Out Boy had some small but noticeable distinctions. It features heavy instrumentation, which details the track with a dark tone. Rhythmically, the single is slow but consistent in order to intensify the angry anthem.

The music video features a cameo by 2 Chainz. Oddly enough, Fall Out Boy made no appearances in the video. As a treat for fans, they could possibly be hinting collaborations with the rap artist.

Fall Out Boy recently began performing secret shows and hosted autograph signings. However, an official tour named after the album is set from May 24 to June 30. All their national tour dates are already sold out.

Being back in the studio and on stage where they can play music together as a group of friends have the guys overjoyed. On their official website, the band posted “when we were kids the only thing that got us through most days was music. It’s why we started Fall Out Boy in the first place.”

Will the rock quartet be able to succeed again after their nearly four year break? After their sudden comeback the band’s hype was redeemed. Fall Out Boy is in the spotlight and are committed to providing fans with further exceptional tunes.