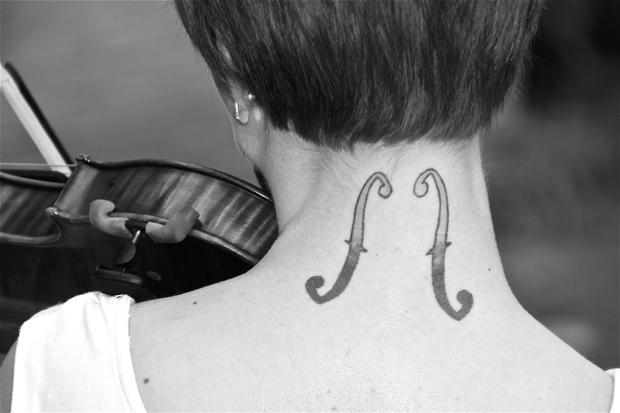 In a few months, Mary Keating will leave CSUN with a degree in music performance, a violin and a plan. This dedicated, classically-trained musician has already begun performing and recording professionally in the Los Angeles area.

“It’s been difficult at times, but I’ve definitely grown a lot,” she said.

The 24-year-old has been studying the violin since she was 8. Inspired by her mother, she first attempted to make music at the age of 4. The little girl watched her mother pull the bow across the strings to produce beautiful, clear notes. She was frustrated to find out she could not immediately do the same.

Maybe there was something wrong with the violin, she thought.

When she was old enough to learn, her mother enrolled the 8-year-old in lessons. As a young girl, she wasn’t big enough for a full-sized instrument and started with a child’s, smaller version. Keating’s mother had not been able to study music herself until she was 19 and able to pay for her own lessons and instrument.

“She cleaned a lot of toilets to pay for that violin,” Keating said.

After years of dedicated study, Keating’s mother gave her that very same violin when she was in high school. 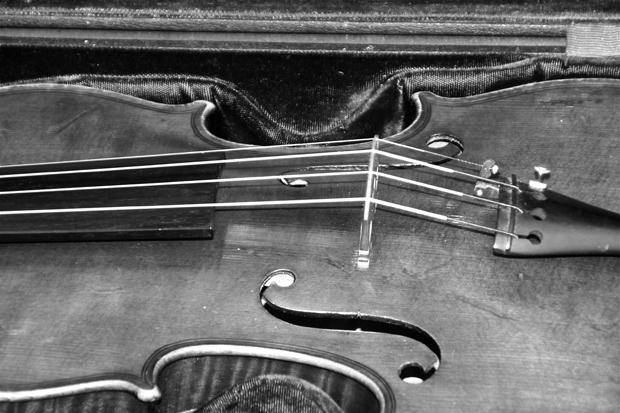 Mary’s violin belonged to her mother and is over 150 years old. Photo credit by Michelle Reuter/ Daily Sundial

She holds the 150-year-old instrument up to her chin, closes her eyes and begins to play. Her long fingers move across the strings and the little classroom she uses to rehearse in seems momentarily transformed into a mini-concert hall. Her devotion to her craft is undeniable.

There have been challenges along the way, though. When she first began her studies at the university, she practiced.

So much so that she actually injured herself and had to take time off when she was just 21.

“I woke up one morning and I couldn’t move,” she said. “There was a pain shooting down the right side of my body. I knew something wasn’t right.”

A doctor diagnosed the young woman with sciatica, a disorder that is usually seen in much older patients and is caused by compression of a spinal nerve.

Keating was forced to take off an entire semester to recover.

“I went to physical therapy and got back into yoga,” she said.

The injury was a disappointment, but it couldn’t hold her back for long. Giving up music never even occurred to her. She used the time to assess her needs and learned how to listen to her body like she would to a tricky passage of music.

Keating has been careful to stay attuned to her body ever since. She continues to practice yoga and to stretch regularly. She also uses other tricks like practicing her music quietly to save her strength and taking a day off once a week to let her body recover from stress.

Every music major must play for a jury of their professors each semester. In their last semester, the jury consists of about an hour of memorized music intended for the recital. If the student doesn’t pass, they don’t get to do a recital. Keating’s jury was held on Jan. 31.

She passed and performed her recital on Feb. 24. 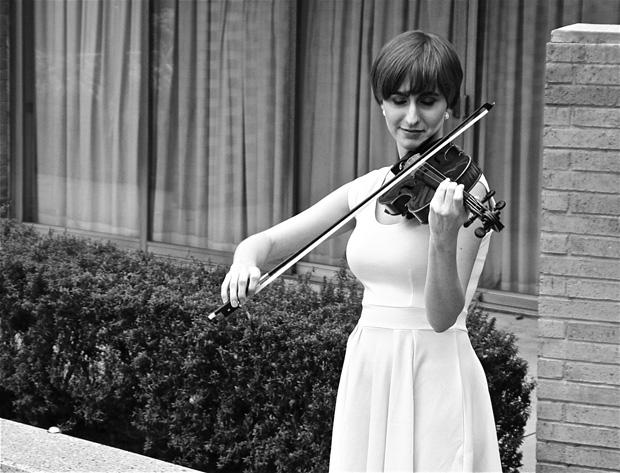 CSUN senior Mary Keating will graduate this spring. Keating was forced to take time off of school to recover from injuries she sustained during hours of practicing. Photo credit: Michelle Reuter / Daily Sundial

The young musician has already performed professionally in theaters and recording studios. She performed as part of the orchestra in the musical Jekyll and Hyde at the La Mirada Theatre For The Performing Arts last fall and played for Peter Pan, starring Kathy Rigby. She also teaches violin to eight students ranging from 7-year-olds to teenagers.

Her first love, though, is playing classical music for solo violin.