Vernon Wells trade to Yankees will work out for both teams 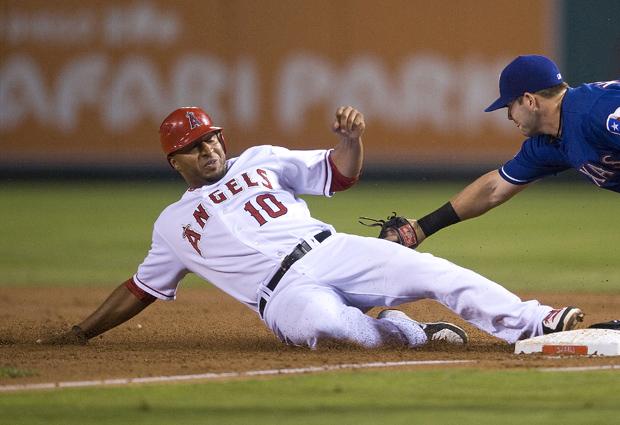 The Los Angeles Angels of Anaheim agreed to a trade Sunday and approved Tuesday that would send maligned outfielder Vernon Wells to the New York Yankees, which would be a great move for both teams involved.

This trade would relieve the Angels of the gigantic financial responsibility paying Wells $42 million in the final two years of his seven-year contract, which was worth a total of $126 million. In the proposed trade, the Angels will pay $28.1 million of the $42 million remaining.

This move helps the Halos get rid of a huge contract from a player who was now their fifth outfielder after signing outfielder Josh Hamilton to a five-year $125 million contract in the offseason.

Wells’ departure also gives more at-bats for outfielder Mark Trumbo as a designated hitter, which in turn will lead to more consistent production from the 27-year-old. In 2012, Trumbo had a .268 batting average, 32 home runs and 95 RBIs while switching between DH and the outfield.

This takes pressure off of outfielder Peter Bourjos, who is entering this season as the team’s starting center fielder, which relocates last year’s Rookie of the Year and AL MVP runner-up Mike Trout to left field and Hamilton to right.

Since his arrival in the 2010 offseason — in arguably the worst trade in Angels history — Wells’ two years with the Angels has been horrendous. He has underperformed compared to his glory days in Toronto where he averaged .222,  hit 18 home runs and 48 RBI while missing a total of 116 games due to a variety of different injuries.

With his inconsistent production and the fact that he’s been suffering of a torn ligament in his right thumb last May that caused him to miss two months, Wells simply became an overpriced backup outfielder for Anaheim.

Although the Angels may have to pay a large chunk of Wells’ contract, they were able to get rid a huge financial burden that seemed difficult to move because of Wells’ declining play. The Angels will now have more financial flexibility during free agency.

As for the Yankees, they are taking a low-risk, high-reward move by acquiring Wells. The Yankees are currently without four of their top players due to injuries to Mark Teixeira, Curtis Granderson, Alex Rodriguez and Derek Jeter.

If Wells is able to recapture his 2010 form, where he batted .273, with 31 home runs and 88 RBI, then the trade could a huge steal for the Bronx Bombers. The short porch in right field with the wind blowing outward at Yankee Stadium should be of great help if Wells is able to turn it around.

But if Wells is truly past his prime, the Yankees can cut ties with the outfielder and will not take much hit to their pockets, with the $13.9 million two-year contract being chump change to them.