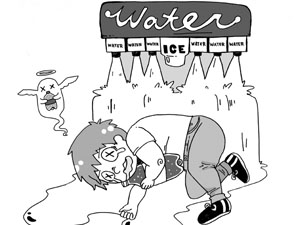 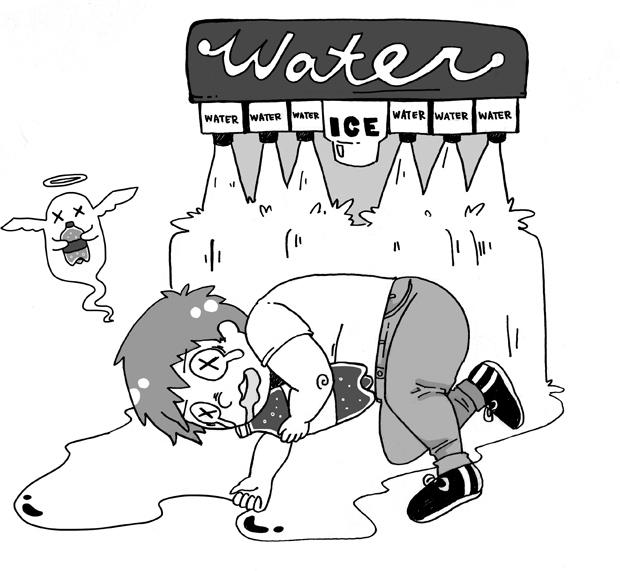 Just yesterday I walked into my local convenience store and bought a 99 cent donut and a small bag of chips. I ate it and I enjoyed it. During all the munching and crunching, I knew I was eating something that wasn’t going to digest well and something that was not good for my long term health but I pushed through. My bowels reminded me of that later and going back in time, I wouldn’t have changed a damn thing.

New York City mayor Michael Bloomberg and his proposed plan to ban the sale of sugary drinks larger than 16-ounce at all fast-food establishments is straight out of a George Orwell book and finally we have the New York appeals court stepping up and restoring sanity to the world.

I applaud Bloomberg for attempting to solve the growing problem of obesity in our country. According to the Centers for Disease Control and Prevention (CDC), more than one-third of U.S. adults are obese and in 2008, medical costs that were associated with obesity were estimated at $147 billion nationwide.

Applause withstanding, Bloomberg has unfortunately tried to legislate one of the most blatant breaches of freedom in recent history with his asinine plan. We are an increasingly obese nation and we are all waddling our fat-asses to an early grave, but if we don’t have the ability to make personal lifestyle choices, whether they are responsible or not, we simply aren’t that free.

Not only would this ban take away the basic freedom of choice, it would also open the door for the government to infiltrate other aspects of our personal lives. We’ve seen the absurd cost of social wars on alcohol and drugs. Give the government an inch and they’ll take a mile as they run by and knock that soda out of your hand.

The logic presented in the details of the ban is head-scratching. The ban excludes alcoholic beverages, drinks under 25 calories, which includes diet sodas, water, unsweetened coffees and teas, and vegetable and fruit juices with no sugar added.

Diet soda as an exclusion is the worst of the bunch and it demonstrates how little research these lawmakers did when writing up this law. Either that, or they were drunk off a 32-ounce bottle of whiskey, which would be within legal limits if this law passed.

According to Health.com, diet soda and the “artificial sweeteners it contains can make some people psychologically – and even physically – dependent on it.” The article also mentions that chemicals found in diet sodas, such as the artificial sweetener aspartame, have been linked to cancer and other health problems.

Aside from the logistics of the ban, the method of controlling portion size is absurd. Regulating the size of a drink just makes people recall their elementary math and buy two 8-ounce sodas instead of one 16-ounce soda. Folks could also buy two-liter bottles from the grocery store, keep them at home and fill up their own 16-ounce bottles, or even larger, before they leave the house. The amount of shortcuts people  can take to bypass this ban seem to render it useless, and more like a failed political stunt by Bloomberg as opposed to an  actual solution with teeth.

Although sodas may be a major contributor to obesity, there is a multitude of other foods and drinks that contribute to obesity. Fast food restaurants are rolling out gut-destroying items every month like the Triple Whopper with Cheese from Burger King that has an insane 1,180 calories (45 percent of daily intake) and 30 grams of saturated fat.

If we want to fight the war on obesity, it needs to be fought on all fronts. That includes a program that educates citizens about healthy food and drink options and stresses the importance of exercise. Telling them they are not allowed to drink something  boils down to babying, a job for a mother or a father, not the government.

Despite all the talk about soda and its adverse health benefits, it isn’t even the preferred choice among the majority of Americans. According to the Beverage Digest, the industry tracker, water has become the No. 1 drink in the United States, a spot that was held for two decades by soda. Americans now only drink 44 gallons of soda a year, a 17 percent drop from the soda consumption peak in 1998, and water consumption has increased 38 percent to 58 gallons a year.

This clearly shows that although obesity is indeed a major problem, it doesn’t start and end with soda. It is also evident that Bloomberg is setting his sights on the wrong venues by thinking that movie theaters, restaurants, and convenience stores bear the responsibility in the fight against obesity. As a society, we need to be better informed about the potential health risks of the food and drinks out there.

In this age of technology that we live in, there is no excuse for being oblivious to what is in our food. We need to research what we eat and use our buying power wisely instead of shoveling our money into the pockets of the corporations who live off our cravings.

We are generally dumb as a society, myself included, with what we eat and no amount of regulation can change that. Changing your diet is a personal choice and if someone is perfectly content with how they look, regardless of weight, then that is their choice.

This law couldn’t stand up to the courts but it still diminishes the credibility of  the mayor’s office. The end result is a nation where you are free to practice any religion you please, protest the government, own weapons, but not drink a 32-ounce soda. There are a multitude of ways to fight obesity, and Bloomberg’s plan isn’t remotely it.