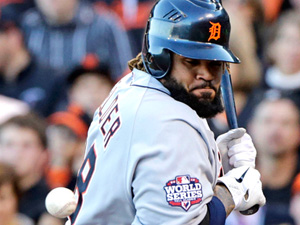 Coming off a competitive 2012 season the AL West looks to be headed for another competitive three-team race for the top spot.

The Los Angeles Angels of Anaheim had their second consecutive busy offseason that saw them sign star outfielder Josh Hamilton from the Texas Rangers and trade for starting pitchers Tommy Hanson and Jason Vargas.

The Rangers, in turn, signed A. J. Pierzynski, Lance Berkman and traded Michael Young to the Philadelphia Phillies. The Seattle Mariners also made a couple of moves by signing former New York Mets’ outfielder Jason Bay, acquiring Kendrys Morales from the Angels in the Jason Vargas trade and locking up ace pitcher Felix Hernandez to a long term deal. The Athletics did not make any notable acquisition to improve their club.

With these moves in mind, the winner of the AL West this season will no doubt be the Angels.

The Rangers’ loss of Hamilton, catcher Mike Napoli (who signed with the Red Sox) and Young will be a big a blow to the team’s offense. The Athletics’ strategy of staying put with last year’s lineup does not help them keep up with the rest of the division’s improvements.

Although Seattle made offseason acquisitions, they should still remain a bottom-dwelling team along with the Houston Astros, the new addition to the AL West, because of their lack of overall talent.

The Halos will be entering their second season with first baseman Albert Pujols, who had an off year for his standards (he batted .285 with 30 home runs and  had 105 RBI).

Pujols should be feeling more comfortable and productive coming into his second season as an Angel. The signing of Hamilton, who also had a .285 batting average to go along with 42 home runs and 128 RBIs, brings a proven power hitter  to the team who can bat in the cleanup spot behind Pujols. Phenom outfielder Mike Trout rounds out the Angels potent three-headed monster lineup within the first five batters.

The Angels have made moves this offseason to improve their already loaded lineup and their one two punch pitching rotation with Jered Weaver, who finished 2012 with a 2.81 ERA and 20-5 record and C.J Wilson, who is looking to bounce back from his subpar first year with the Halos. With the bullpen being the only crack in the Angels’ armor, look for them to run away with the AL West in 2013.

The Detroit Tigers are the favorite to win a newly improved AL Central Division. The real question is: by how many games?

Catcher Victor Martinez is returning from last year’s season ending injury and his presence will help the already effective offense. Led by Triple Crown winner Miguel Cabrera and Prince Fielder, the Tigers will most likely see Martinez hit fifth in the lineup behind Fielder, and provide an offensive boost with his .303 batting average.

The Tigers offense, which includes six all-stars, will end up being in the top three of the MLB in total offense.

While offense alone doesn’t win titles, the Tigers have the best starting pitcher in baseball. Justin Verlander is two years removed from a Cy Young and MVP award and with some run support this season, he has a shot at at both awards again. Putting too much stock in Doug Fister as a top of the rotation starter may hurt the Tigers, but a rotation of Max Scherzer, Anibal Sanchez and Rick Porcello behind the top-two is formidable.

The closer situation is one the Tigers will have to address quickly. Closing games by committee is never good for a bullpen, but there are a couple solid guys, in Phil Coke or Joaquin Benoit, they may be able to lean on.

The White Sox will do their best to challenge the Tigers for the AL central crown, but will ultimately fall short. They do have one of the best young pitchers in the game in Chris Sale who will one day win a Cy Young. Behind Sale is another former Cy Young winner Jake Peavy who, if healthy, will have a great year.

Having two top pitchers will keep the White Sox in the division race, but pitching alone can’t win every game and a weak, inconsistent lineup will ultimately lead to Chicago’s downfall.
Strikeout machine Adam Dunn and an aging Paul Konerko cannot lead a lineup full of weak hitters. Alexei Ramirez, the once future of the franchise, regressed again last year, and it looks like it will be another long season for Chicago fans.

With the deepest bullpen in the division, the Baltimore Orioles will win the AL East. It is always the toughest division in baseball, and this year is no different. Although all of the teams in the division could be good, the Orioles have the least amount of question marks. With Wei-Yin Chen coming off a 12-win first season and Jason Hammel returning from an injury shortened season, the Orioles should be considered a top contender for a division title.

As an unofficial rule however, one must never rule out the New York Yankees.

They won the division last year after a close battle with Baltimore, coming down to the last series of the season. Making little changes in the offseason other than the acquisition of Vernon Wells and Kevin Youkilis, they have several key players on the disabled list.  If everyone can perform to what their contract pays them, the Yankees can still be a top team in the AL East. Though with many on the starting roster injured, or prone to injury due to their age, it is unlikely that all of the players will play up to their potential, and the Yankees will lose their stranglehold on the division.

It is for the same reason that the Orioles will do well. They have made very few changes during the off-season, and will return with the majority of their squad that won 93 games last year and made the playoffs (as the wildcard) for the first time since the late 90s. The ball club had a taste of victory and the postseason, coming off last season with momentum and confidence.

Nick Markakis and Brian Roberts will be returning to the lineup after missing 203 combined games due to injury. Adam Jones will need to live up to his potential and a repeat performance by Chris Davis will be necessary to produce the same results as 2012.

The Orioles have one of the most lockdown bullpens in the majors, leading the team to a 29-9 record in one-run games. Relief Pitcher of the Year Jim Johnson is back to close for the Orioles along with setup man Darren O’Day, as well as left-handed-pitchers Brian Matusz and Troy Patton, which will be key if they hope to win the division.

It is very difficult to predict this division because it all depends on who stays healthy and which pitchers can achieve consistency. Every team in the division, with the exception of maybe the Red Sox, has the opportunity and chance to win. This is perhaps the most open division in all of baseball.