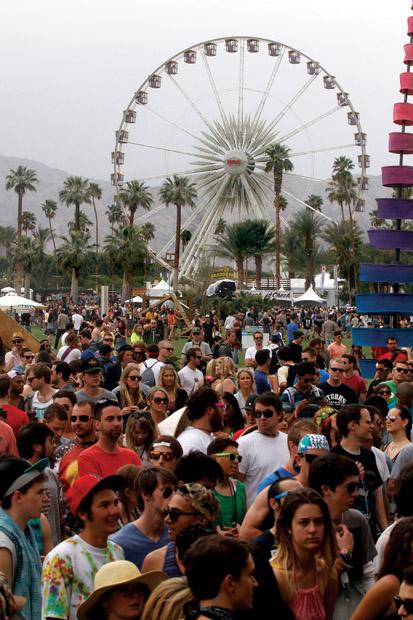 The 12th Annual Coachella Music and Arts Festival is approaching next weekend — April 12-14 and 19-21 — in Indio, Calif. Many CSUN students will be attending, so here are some important tips of what to expect while at one of the biggest music festivals of the West Coast, for all of you first- timers:

Make sure you have your wristbands ready for admittance. Wristbands are void when they are tampered with or removed. The venue gates open at 11 a.m. and everyone is subject to be searched when entering. Kids 5 and under can enter for free. Day parking is also free.

Make sure that you have a tent. Most hotels nearby are extremely overpriced and/or booked, so plan accordingly to camp out with a friend. People are usually friendly enough to welcome strangers—so make friends and perhaps you’ll get an invite to stay at their tent. That’s one of the great things about this festival.

Timing is everything. You want to plan out who you really want to see, what stage they’ll be on, and what time. There is a plethora of artists at this three-day festival and the neat thing about Coachella’s website is that you can build an interactive schedule so you don’t miss out on your favorite band. Go to www.coachella.com for more info.

Be smart and safe. Make sure you use the buddy system. Many of the attendees will be under the influence. Drugs and booze are inevitable, so have fun, but surround yourself with friends because you don’t want your parents to see a viral video of you kissing a tree before you get home. Also, remember that cell phone service might not be available all the time so make sure your BFF is by your side, always.

Bring cash. Most of the food trucks are cash only so avoid wasting time at the ATM machines. Bring just enough to survive.

Learn where the hydration stations are located. Yes, you’ll be at a kick-ass music festival for three days, but you’ll also feel like you’re in hell because of the heat. Bring your own reusable water bottle and stay hydrated.

Bring a sweater and warm pajama bottoms because though the day is extremely hot, the nights are freezing cold.

The festival does provide showers so make sure you come prepared and please be courteous — your makeup will probably look messy as soon as you put it on — so get in and out because no one likes waiting endlessly for a 10-minute shower.

Finally, have fun. It’s a music festival so fun should be the number one thing on the list. It’s a great festival full of surprises. Who knows, Tupac might make another appearance.